September to remember for Minot archer 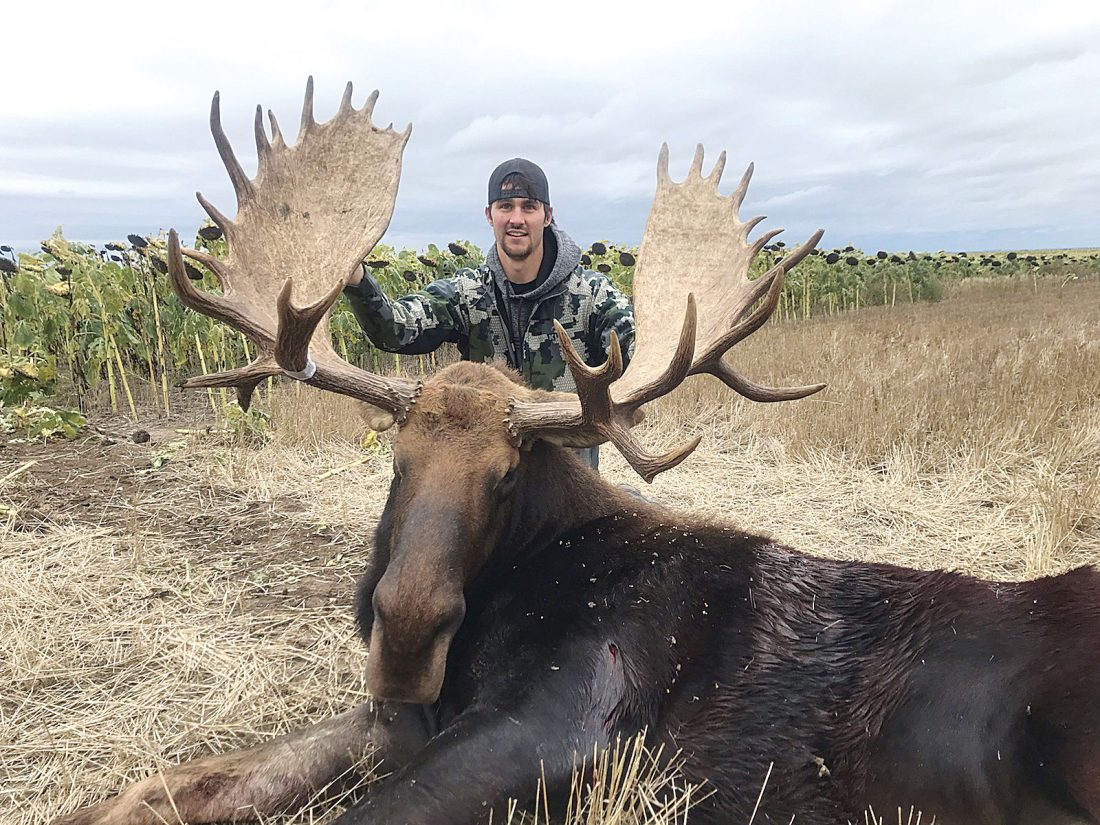 Submitted photo This massive bull moose will likely enter the record book as one of the largest ever taken by bow and arrow in North Dakota. Ben Stremick, Minot, filled his once-in-a-lifetime tag in September.

Benjamin Stremick of Minot had some days he’ll never forget, taking a bull elk and a bull moose with bow and arrow on back-to-back weekends in September.

While the elk was an impressive 6×6, large enough to be the envy of any bowhunter, the moose was even more massive. Hunting in Unit M10, northwest of Minot, Stremick downed a monster of a bull moose that boasted a 51-inch spread. That’s big enough to place it near the top of the North Dakota archery record book. An official score won’t be made until the required drying out period for the antlers has passed later in December.

The two hunts and resulting success made for a very memorable 8-day stretch in September.

“I shot the elk over in Montana and the moose in North Dakota the following weekend,” said Stremick. “Definitely hunts of a lifetime. I don’t know if I’ll ever top that.”

The elk was taken in the Fort Peck area. The moose was a once-in-a-lifetime opportunity in North Dakota. Stremick made the most of his fortunate draw of a moose tag, opting to carry archery gear rather than a rifle. 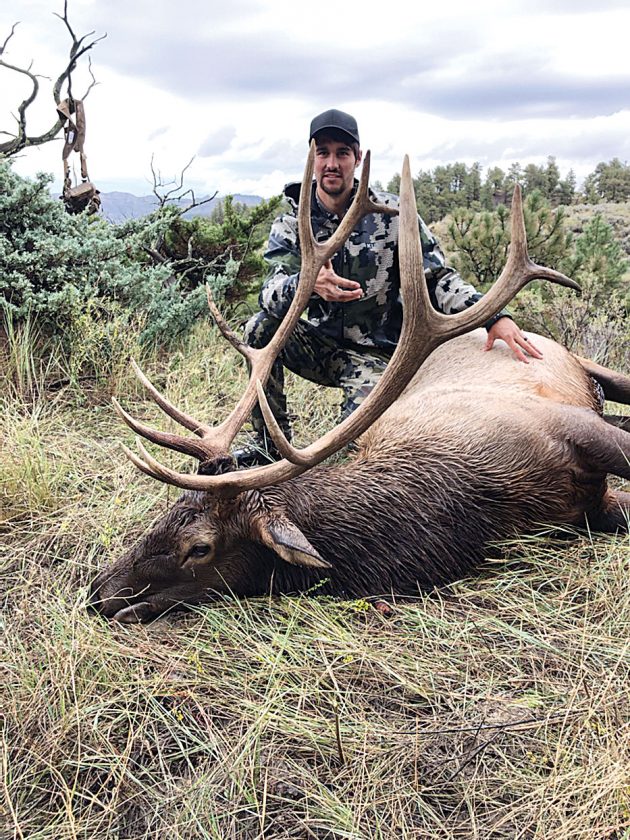 Submitted photo Ben Stremick, Minot, with a 6x6 bull elk taken with bow and arrow in the Fort Peck area of Montana one week before bagging a bull moose in North Dakota.

“I do enjoy hunting with a bow more than a gun,” said Stremick. “It’s more of a challenge I guess.”

Stremick said the elk was spotted at a distance of about 400 yards. It was with some cows and responded to a call. A short while later the bull was within shooting distance and Stremick’s arrow found its mark. The moose, which weighed an estimated 1,000 pounds, was taken near a sunflower field following considerable scouting throughout the northwest area of the state.

“We saw quite a few but this was by far the biggest one we saw,” said Stremick.