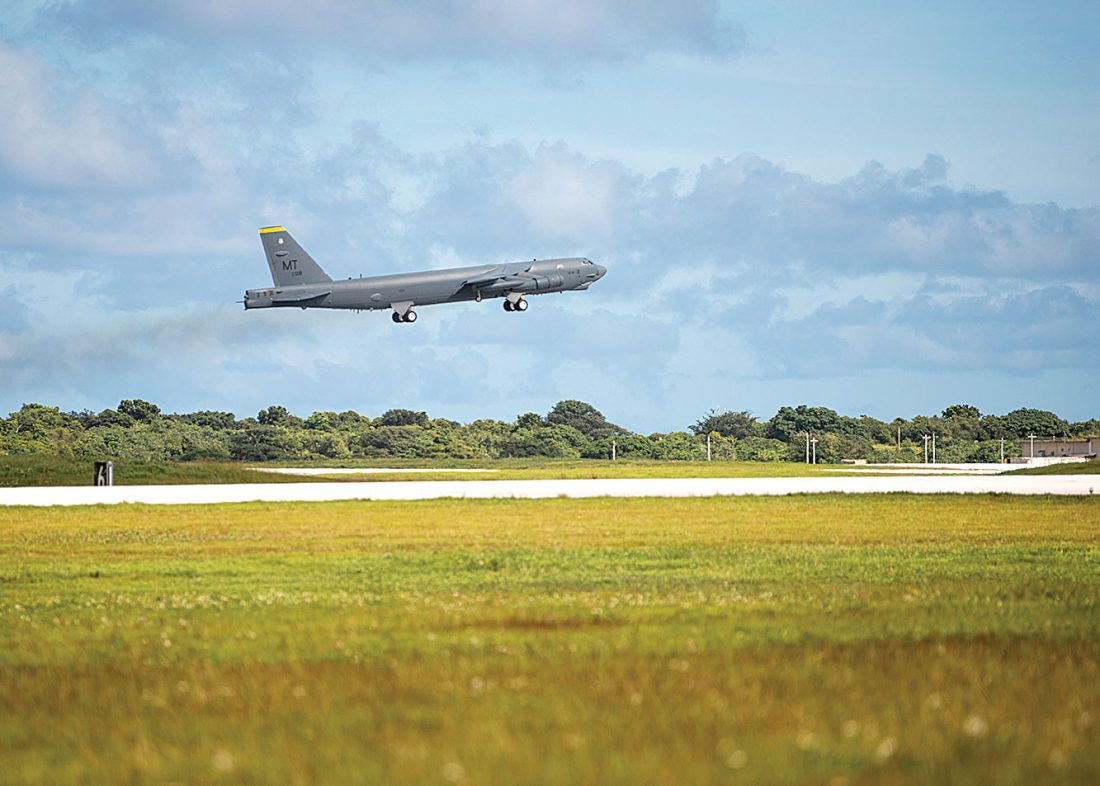 Submitted Photo A B-52 Stratofortress from the 69th Expeditionary Bomb Squadron, deployed from Minot Air Force Base, takes off Nov. 14, at Andersen Air Force Base, Guam, shown in this U.S. Air Force photo by Airman 1st Class Zachary Heal. B-52s have held a vital role in supporting the Continuous Bomber Presence mission in the Indo-Pacific region since 2004.

JOINT BASE PEARL HARBOR-HICKAM, Hawaii – U.S. Air Force B-52H Stratofortress bomber aircrews participated in live-fire training operations with the U.S. Army over the Pohakuloa Training Area, located on the big island of Hawaii on Nov. 15 and 18.

“This is a unique experience for the Army to integrate with Air Force bombers because controlling bombers is quite different than controlling helicopters or even fighter aircraft,” said U.S. Air Force Capt. Mike Brogan, Pacific Air Forces bomber liaison officer.

To maintain readiness, crews often use simulation tools, so the opportunity for live-fire is a significant event for aircrews and those on the ground. “This is incredibly valuable to them because it demonstrates that what they are doing and saying is actually being seen and accomplished,” he said.

This event allowed the JTACs to conduct daytime missions as well as night training, giving them the opportunity to utilize equipment they wouldn’t normally work with during the day. 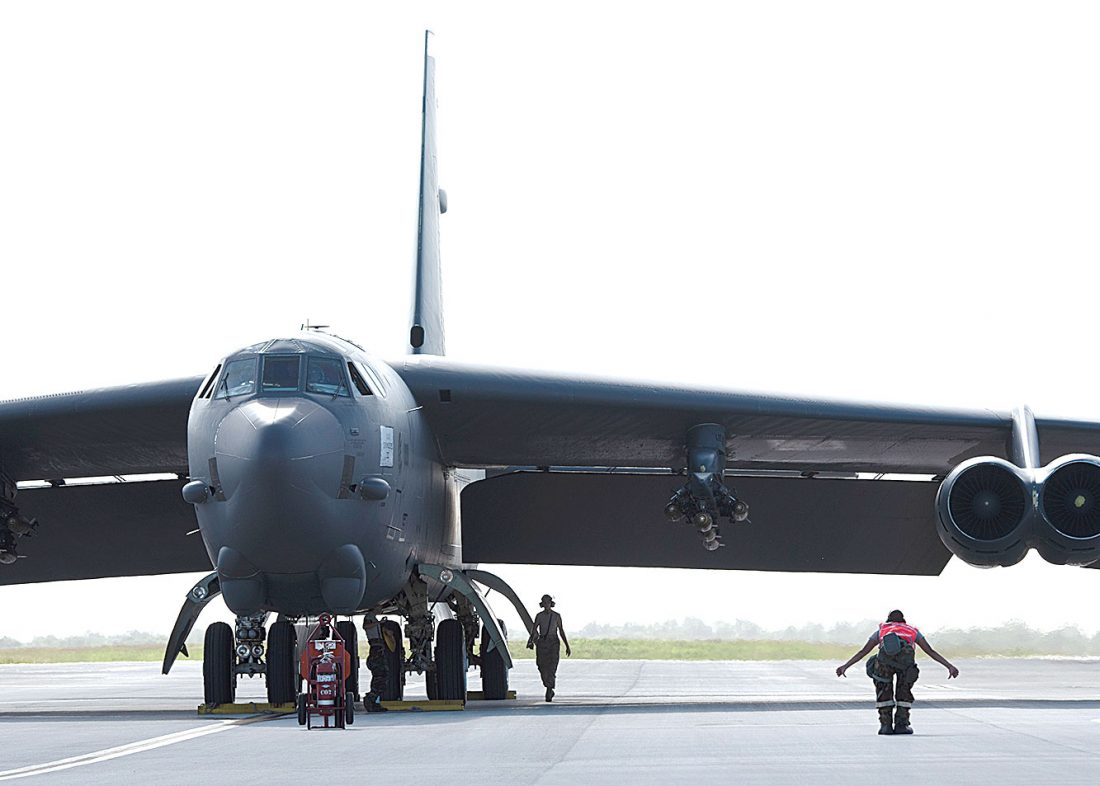 Submitted Photo A B-52 Stratofortress with the 69th Expeditionary Bomb Squadron, deployed from Minot Air Force Base, sits on the flightline at Andersen Air Force Base, Guam, Nov. 19, shown in this U.S. Air Force photo by Staff Sgt. Kevin Iinuma. The 69th recently took part in a live-fire training operations with the U.S. Army in Hawaii.

“Being able to practice close air support with B-52 bombers dropping over 15,000 pounds of high explosives while running alongside our Army brethren in a company movement with attack aviation to the left and active artillery to the right, provided numerous lessons to myself and my [team] that will help us to neutralize the enemy and keep our aligned [forces] safe when we deploy,” said Capt. Austin Hairfield, 25th Air Support Operations Squadron flight commander.

“Without the effective and efficient laser lock … the JTAC would have had to spend crucial seconds to locate the reinforcements himself and talk the aircraft onto the target before providing terminal guidance,” Hairfield said.

The bombers, assigned to the 69th Expeditionary Bomb Squadron out of Minot Air Force Base, North Dakota, are currently deployed to Guam as part of U.S. Indo-Pacific Command’s Continuous Bomber Presence operations.

The 19 1/2-hour flight from Guam to Hawaii and back required air refueling supported from KC-135 Stratotankers. Upon completion of the training mission the bombers returned to Guam completing a 7,000 -nautical mile round-trip mission.

“This training definitely demonstrates our long-range strike capability, but the more important part is the fact that it’s joint training,” Brogan said. “It’s unlikely that any confrontation in the future will be single service, so training with our sister services is always crucial and imperative.”

The U.S. has been conducting continuous bomber presence operations in the theater as part of a routine, forward deployed, global strike capability to support regional security since March 2004.