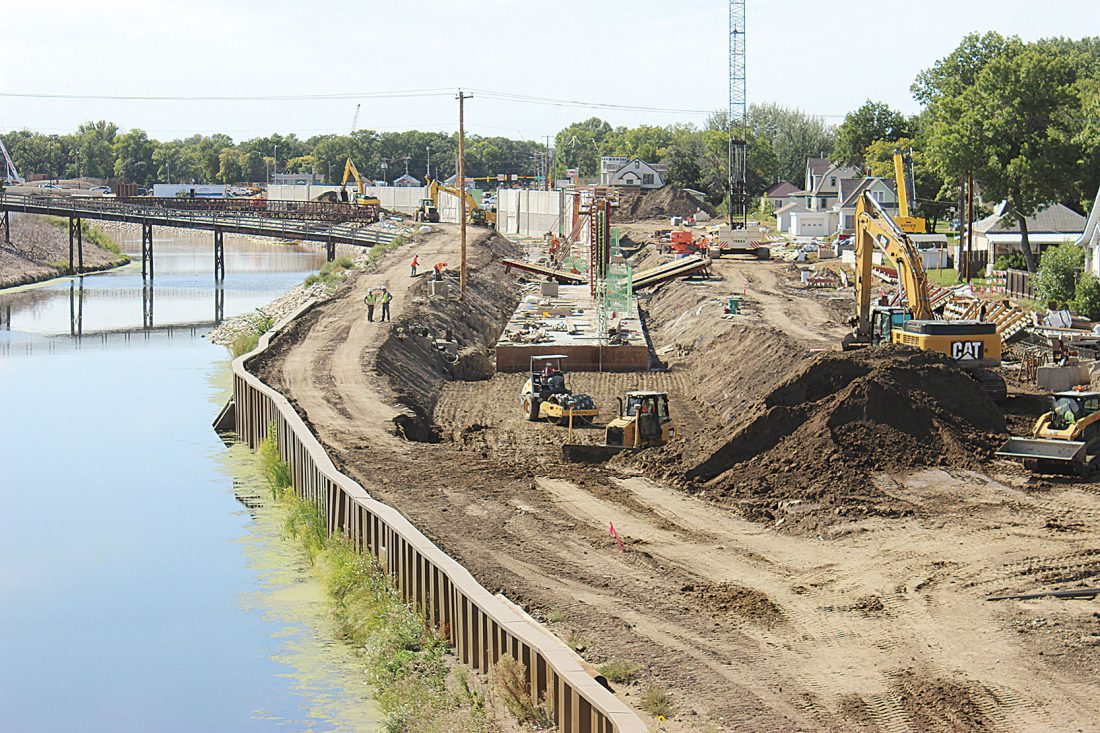 Construction season has its annoyances, and some Minot residents are finding that noise is one of them.

The Minot City Council on Monday took the matter of construction noise under advisement, directing staff to look into potential remedies or ordinance changes and bring back recommendations in early 2020.

“This particular issue, construction, particularly noise-related nuisances, has come to me in three separate occasions this summer,” said council member Josh Wolsky, who brought up the issue at Monday’s council meeting. “I completely appreciate the fact that we have a short summer season, and we have many, many construction needs, and it is impossible to make everybody happy at all times. But my larger concerns are construction-related noises taking place outside of times that I would consider reasonable construction hours.”

Noise in the evenings and early morning hours in residential areas is not acceptable, Wolsky said. He suggested tightening up a noise ordinance that makes exceptions for construction.

He cited an instance in which strong feelings about construction noise led to a heated encounter in City Hall recently.

“So I’ve seen firsthand the impact that these types of circumstances are having on our citizens, and I want us to take some proactive steps to address it,” he said.

Council members report one complaint about noise from a private construction project but more complaints are arising from city projects, such as pounding from bridge construction or the noise of heavy equipment on the river levees. The noise from generators or from nonstop dewatering systems has been a concern of neighbors.

“We’re going to have a generation of construction, at least with the flood project. I think we need to pay attention to this,” council member Stephan Podrygula said.

In reviewing information from staff about other cities’ ordinances, Podrygula said he was struck by fines as low as $150 per violation. A fine of that amount is not a deterrence, he said. Also, the easiest way to address the problem may be through setting up priorities and limits during the permitting process, he said.

To address the noise of portable generators, hooking into an existing electric line to run power to a construction site might be a better solution, Podrygula added.

“But again, the bottom line for me is I think we really do have to pay attention to this, and I don’t think the shortness of the construction season should be an excuse for really driving people crazy,” he said.

Mayor Shaun Sipma defended the need for construction to occur at inopportune times due to weather, safety or to avoid inconveniencing people in other ways. He also stressed the need to remain a business-friendly community in relation to private construction projects.

“Absolutely, I think there’s a reasonable place where cause and concern could take place, and some of it can be avoided, but we also do have to absolutely understand that there are going to be circumstances in cases where 24 hours a day has to take place,” Sipma said. “More specific to the valley with the flood control that is going on, we do have to keep moving forward as fast as we can, and that, in some circumstances, is going to disrupt some of our lives. I would like to think it’s not going to disrupt it more than 2011 did.”