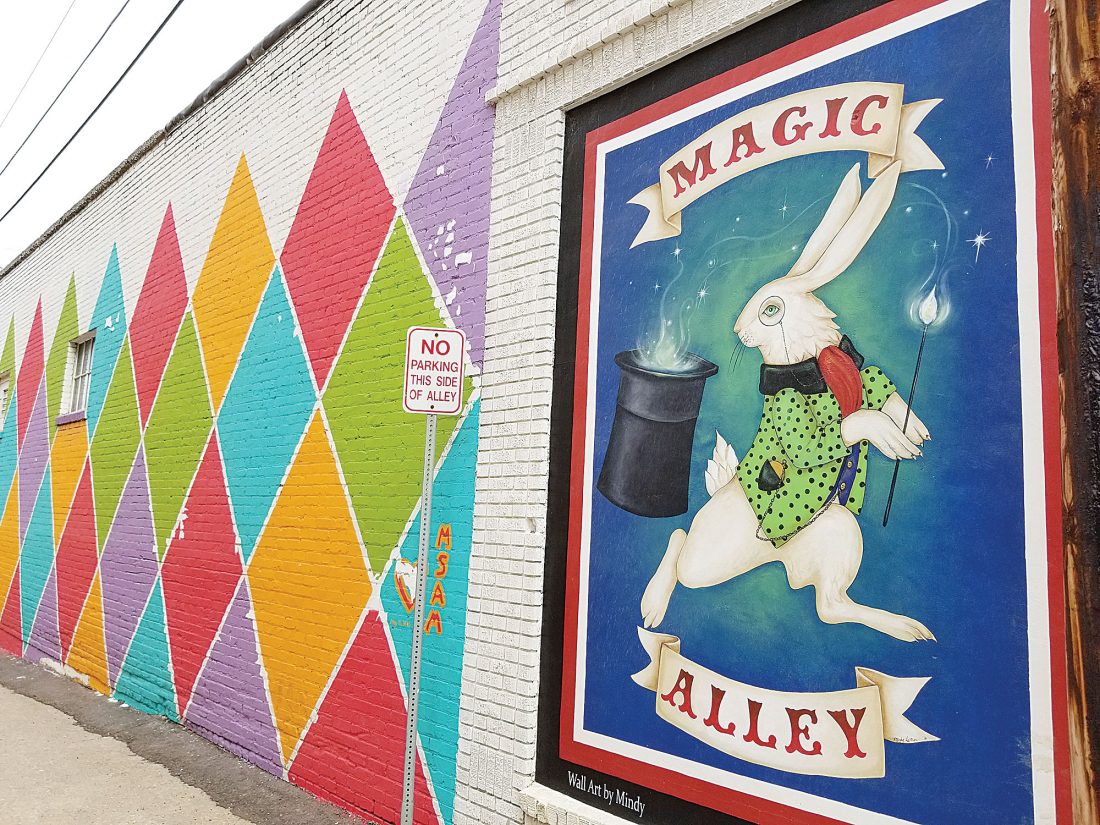 Kim Fundingsland/MDN This art is located in the alley on the west side of Central Avenue Variety in downtown Minot. The location has become a popular place to take photographs.

There’s quite a bit of color, and intriguing designs, in unusual places in downtown Minot. The artwork changes the look immensely of what would otherwise be the usual weathered brick facade of some of the city’s older buildings.

The west wall of Central Avenue Variety, which is located on the alley between Main Street and First Street in downtown Minot, boasts some of the most notable outdoor art in the city’s center. It features a magician’s rabbit and large top hat with the inscription “Magic Alley,” an artsy take on the Magic City nickname.

“Mindy Leitner out of Wisconsin did the rabbit,” said Dale Janske, owner of Central Avenue Variety. “That whole wall kind of brings about notoriety. A lot of senior pictures are taken there. It’s been kind of fun.”

Minot’s alley art was spawned mostly by a group called the Minot Street Art Movement. The Central Avenue Variety painting was done in 2016. Like other outdoor artwork in the downtown area it has been the topic of many conversations.

“You hear a lot of different things, positive and negative,” said Janske. “The younger ones like it. We have to change with the times.”