Our soggy September isn’t about to end without further drowning rainfall records.

The National Weather Service says today is going to be our “nicest day for a little bit” even though unseasonably cool temperatures and wind will dominate the day. By Saturday, says the NWS, an Alberta Clipper will move into the Minot area bringing with it high winds, cold temperatures and heavy rain, as much as two inches. And all this on top of what has already been a record breaking September for rainfall.

The wettest September on record for Minot occurred in 1971 when total rainfall for the month reached an extraordinary 6.11 inches. As of Wednesday the official precipitation total at the Minot International Airport was 6.19 inches. The 114 year average is a mere 1.46 inches.

It’s a virtual certainty that the record will be added to, and in a big way.

“It’s looking like a pretty gross weekend overall. I wish there was a way to avoid it,” said Megan Jones, Bismarck NWS meteorologist. “Rain will probably start late Saturday morning or early afternoon, through Sunday and Monday. The rest of next week is not looking great. There’s no one day we can definitely say Minot is going to be dry.”

Well, at least its not winter. But wait. The “S” word is in the forecast. Yup, snow. There’s a chance the first icy flakes will be seen in Minot sometime in the next few days, although it is more likely that areas to the northwest will get to claim that dubious honor. While Minot’s forecast calls for a “100% chance” of rain Saturday night through Sunday, Crosby’s forecast calls for a chance of rain, or snow, through next Tuesday.

“We can’t rule anything out with this storm,” said Jones. “Minot might not get cold enough for snow so it might stay rain. The northwest part of the state is most likely to see snow. We’re at the point where we’re talking about mixed precipitation.”

They are not talking about much mixed precipitation in neighboring Montana, where a Winter Storm Watch has been issued for much of the state, even reaching to northwest North Dakota. The NWS is calling the fast moving system an “extreme weather pattern” and “historically significant.” The NWS warns that some areas of Montana could experience blizzard conditions just a few days after the arrival of fall.

The mountains of western Montana will turn white with up to 18 inches of snow. Lower elevations are expected to receive up to 7 inches of snow pushed by winds as much as 40 miles per hour.

While such winter-like fury is unlikely for the Minot region, we will be reminded that winter weather is not too far into the future.

“There’s a pretty good chance of frost early Saturday morning,” said Jones. “And the next two weeks are trending below average too.”

There is some better news for weather watchers to hang their hat on once the system bearing down on the region moves on through. The long-term outlook calls for a warmer than usual October. While that will seem pleasant following a rainy September, it may arrive too late in the season for many.

Heavy September rains fell during harvest time, making many fields too wet for farmers to bring in their crops. There are reports of combines getting stuck, sliding on muddy slopes and of grain crops sprouting in the field and thereby losing their value. It is expected that many fields will not be harvested at all due to wet conditions.

Minot’s heaviest rainfall is forecast to occur after sunset Saturday with rain gauges likely to read in the three-quarters to one inch range Sunday morning.

Registered high risk Patrick Riley Seibel, 35, has registered with the Minot Police Department. He is listed on the ...

Timothy Chrishaod Smith, 35, Minot, will end up serving about 18 months in jail for burglarizing a Minot residence ... 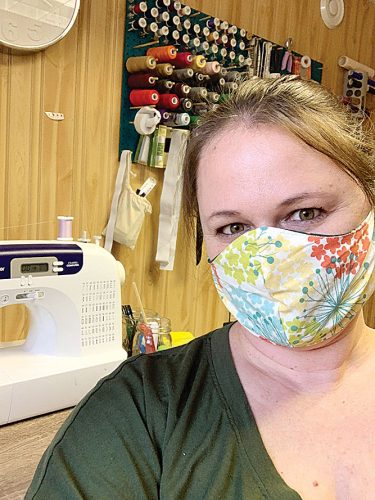 Minot State University’s Red and Green newspaper is moving online and will not be printing a physical copy for ... 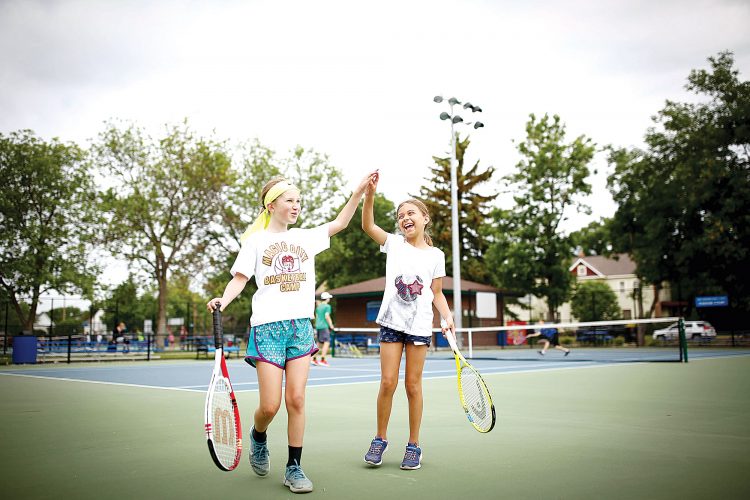 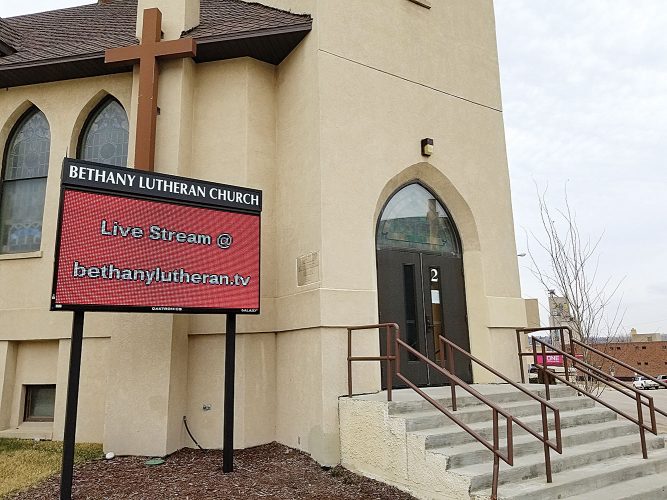 People turn to their faith during coronavirus pandemic