Alicia Ostrum, 40, is accused of threatening her boyfriend with a pair of scissors during an argument at a Minot residence early Sunday morning and of assaulting him.

According to the probable cause affidavit filed with the court, the boyfriend told police that Ostrum brandished the scissors at him, points down, while she was yelling at him. The man told police he felt scared for his life and slapped the scissors out of her hand. As he was trying to get out the door, Ostrum pinned him and started scratching him on the neck with her fingernails.

In court on Monday, Ostrum told Judge Gary Lee the allegations are not true.

A prosecutor said Ostrum could face a minimum mandatory sentence upon conviction on the terrorizing charge because a dangerous weapon was used.

Judge Lee set bond at $7,500, with a requirement that she post 10 percent of that, and ordered her to have no contact with the alleged victim.

A preliminary hearing in the case is scheduled for Oct. 17.

Richard Carroll Trainor has updated his registration information with the Minot Police Department as a sexual ...

Jayden Groninger, Burlington, given deferred sentence, probation, for delivery of heroin to man who later overdosed

Jayden Gene Groninger, 27, Burlington, received a deferred imposition of sentence for three years on Tuesday for ...

James Edward Floyd, 34, is charged with Class C felony aggravated assault for beating up another inmate during a ...

ROLLA – A man facing several felony charges, including murder, made an appearance in Northeast District Court in ... 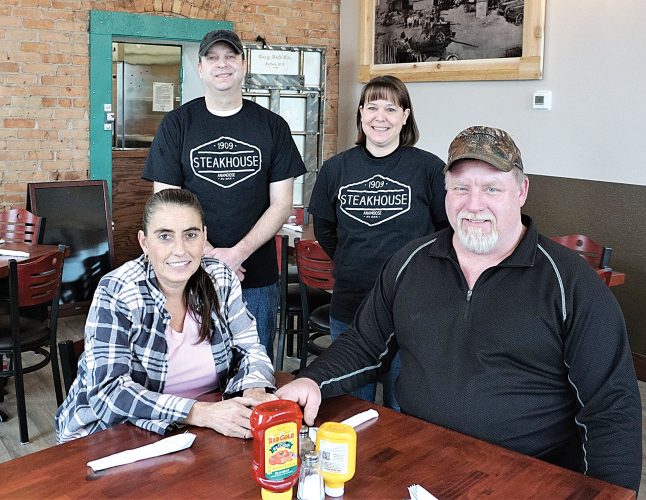 Bryant and Philly: From hero to traitor to beloved