Watch out for moose 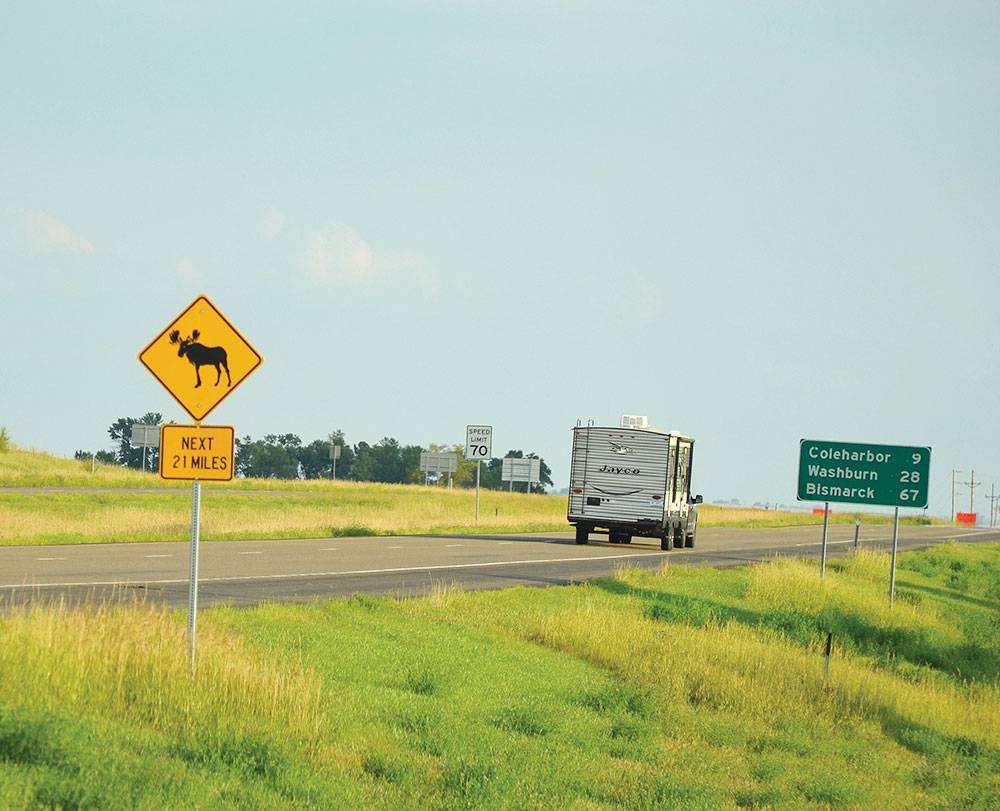 Eloise Ogden/MDN A sign warning drivers of moose in the area for the next 21 miles is located along U.S. Highway 83, a short distance south of the Garrison turnoff. The North Dakota Department of Transportation placed the sign there due to a high moose population in the area and also moose/vehicle crashes occurring in the area.

GARRISON – A road sign along U.S. Highway 83 a short distance south of the Garrison turnoff pictures a moose and reads “Next 21 miles.”

The moose sign has been there for a few months to alert motorists in advance of areas where unexpected entries of moose into the the highway might occur.

Deer signs are quite common in many areas in North Dakota. Moose signs are not quite so common.

“The sign was placed there in March 2019,” said Jamie Olson, a spokeswoman for the North Dakota Department of Transportation in Bismarck.

“We work with Game and Fish and they have indicated there is a high moose population in the area. There have also been some moose/vehicle crashes in the area so the DOT felt a sign was warranted to alert drivers to watch for moose,” Olson said.

She said NDDOT has other moose signs in the northwest part of the state where there is a high moose population as well.

There are also signs for bighorn sheep in the western part of the state.

“We have worked with the Game and Fish Department on a number of wildlife crossings including deer and moose,” she added. “A moose crossing is incorporated into the Lewis and Clark Bridge near Williston. And there will be a wildlife crossing as part of the Long X Bridge project (south of Watford City) as well. This gives the animals a way of navigating across the highway, keeping them off the road, and helps to prevent animal/vehicle crashes.”