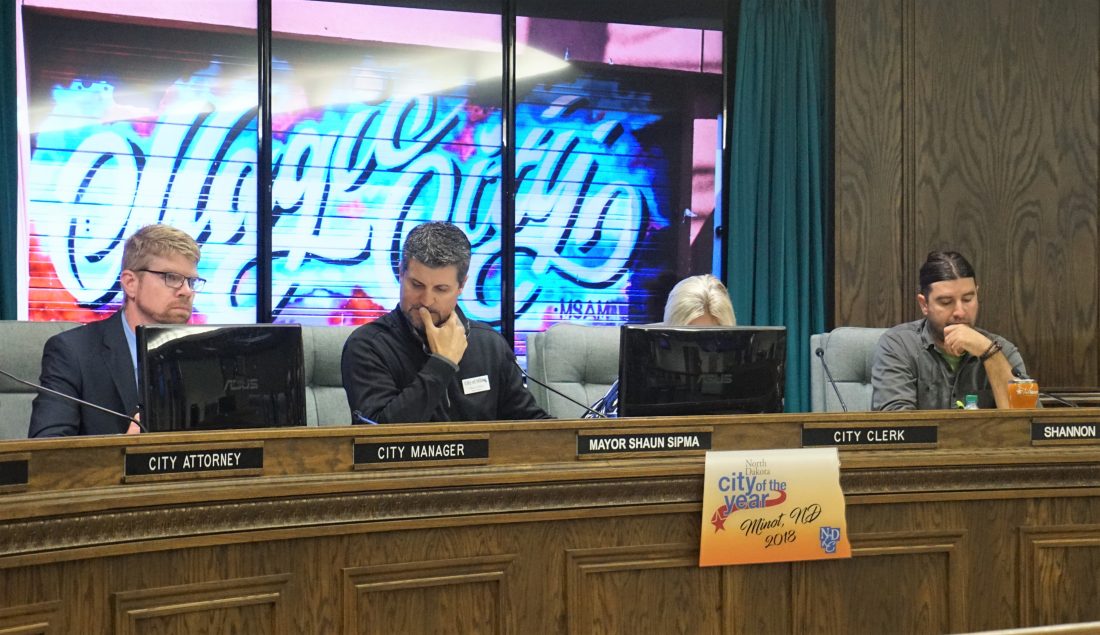 The deadline for reaching purchase agreements with property owners for a gathering place will now be Sept. 30.

The Minot City Council voted 6-1 in a special meeting Monday to extend the deadline from Aug. 30 set earlier. The action came after a lengthy discussion about the options for advancing a project that council members and many community members believe is moving too slowly. The city faces a September 2022 deadline to spend about $6 million in National Disaster Resilience grant dollars on a downtown gathering place.

The council looked at three options. One would have required seeking a substantial amendment to the grant agreement from the Department of Housing and Urban Development to change the gathering place from a public facility project to an economic development activity. That would allow the city to enter agreements with one or more property owners and businesses to give them a direct participatory role in development.

Another option was to seek a substantial amendment to reduce the size of the gathering place from 2 acres to 1.2 acres, making it easier to acquire the necessary land.

The third option, and the one selected, was to stay the course. 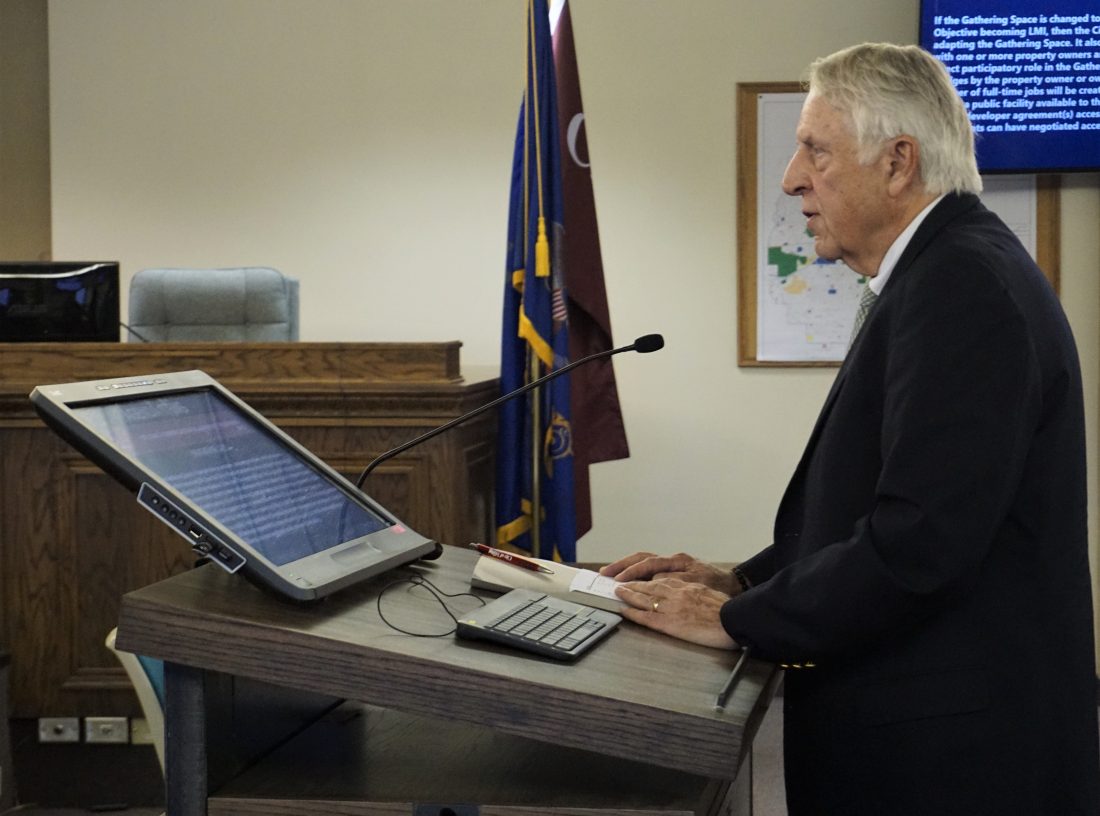 Council members voiced a strong preference for the site selected from the three choices originally offered to the public. That site is just east of the Parker Center and First Avenue Southeast.

The council held to that preference after discussion with John Zakian, the city’s resilience program manager, regarding the city’s standing with HUD on the project and the rules that need to be followed.

Zakian read a communication from Terrance Ware, HUD representative in the NDR grant program. Ware wrote that the selected site might fail the test of benefit-to-cost compared to other less costly and functional sites.

“Why is the location of the site more important than the function it’s supposed to serve?” he wrote. “In this case, it seems as though the location is driving the other elements of the project.”

Council member Stephan Podrygula said the HUD rules are onerous, but the city needs to keep its commitment to the public in the selection of the existing site.

“I am not sure I could support any other site at this point,” he said. “We have to do everything we can to make this one work.”

Council member Josh Wolsky said the council made a commitment to the community when it selected the site it did.

“I don’t want to be part of betrayal, and I think that’s how the community will take this,” he said.

“I see some extraordinary problems with the processes that HUD is forcing us to live by here, and that’s unfortunate. I would really prefer that we give pre-eminence in this situation to the community. Because I believe if we embrace this site, if we embrace the possibilities that exist around it, we can deliver so much more than what has been outlined in this particular action plan. When we get to the end of the line, it’s not the boxes that have been checked that we should be showing HUD; it’s the activities and the development and the property that is growing around it,” Wolsky added.

Council member Paul Pitner urged the council to stick with the Aug. 30 deadline and look elsewhere if it’s missed.

“We told HUD we were going to do something and if it doesn’t work at this site, we were going to move. And we aren’t doing that,” he said. “I like this site. I think this is, just like the public thought, maybe the best site that we have, but we have to stick to our word, what we said we would do.”

He noted the process could drag out even in pursuing another site or time-consuming substantial amendment, so the city can’t afford to continue to push back deadlines.

“That’s why I’d like to see the ball keep moving because we do run the potential of having nothing in the end,” he said.

However, in casting the only vote against a deadline extension, Pitner added, “I am hoping I am wrong. I hope this site will be able to move forward.”

Jill Schramm/MDN Shoppers visit Target at Dakota Square Mall Aug. 2. Sales tax collections in Minot are up this year over 2018.

Jimmy Lafakis/MDN South Prairie senior quarterback Hayden Gibney, right, leads a huddle during a practice on Monday. The Royals will square off with Southern McLean on Friday, Aug. 23.