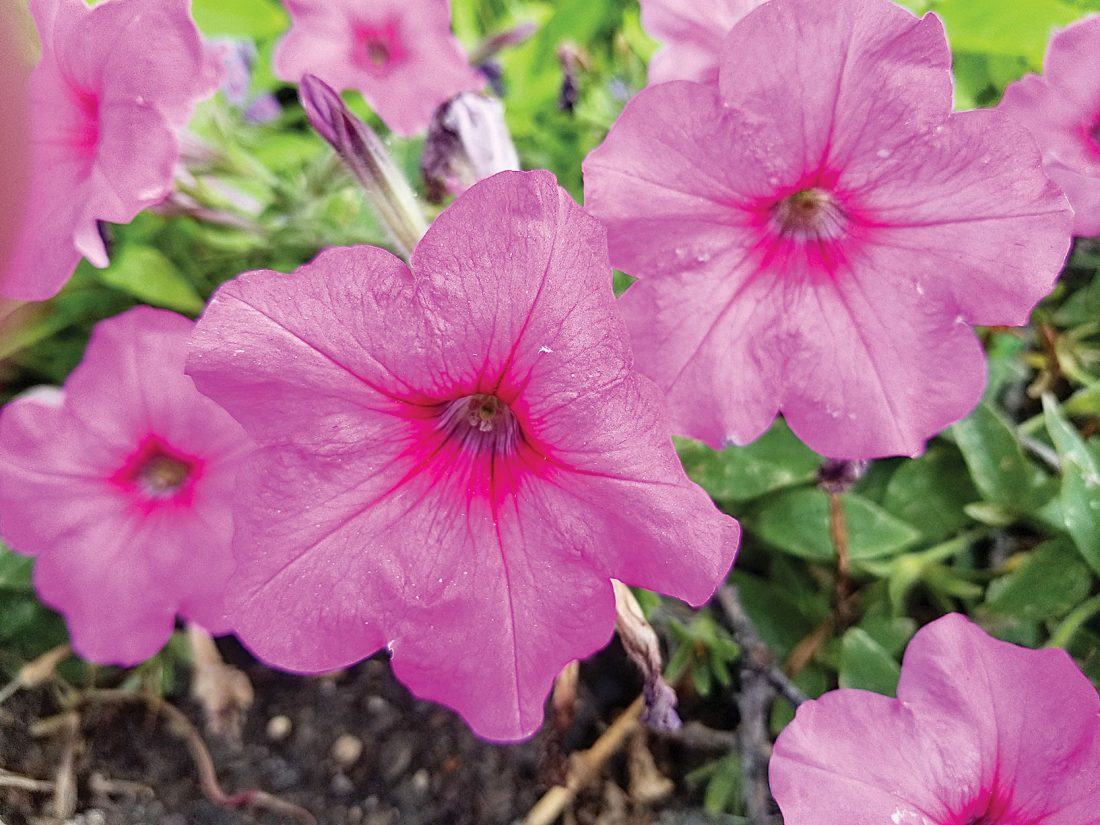 Kim Fundingsland/MDN Most flowers enjoy the cool temperatures of early autumn which provides relief for plants that may have struggled during the hot days of summer.

The dazzling display of flowers flourishing in cool weather is evident. A few leaves have already begun to turn color and drop from trees. Both are early indications that autumn is in the air.

Despite winters that can be challenging, perhaps aggravating at times, changing seasons are a reason many people have come to enjoy living in North Dakota. Autumn is a favorite season of many. It’s a time when most of the busy work on the farm slows down and allows for residents to enjoy the season and the longer, the better.

Having the heater on in the car in the morning and running the air conditioning in the afternoon might not be unique to North Dakota, but it’s certainly a more prevalent happening here than elsewhere. The declining hours of daylight and average high temperatures is a certainty as pages turn on the calendar.

The first official day of autumn is Sept. 23. There’s plenty of irreversible changes that come during the changing season. In Minot the amount of daylight will be shortened by 1 hour and 43 minutes from the end of August to the end of September. Average daytime highs for late August in the Magic City are in the upper 70s. By the end of September that average drops into the low 60s.

As for precipitation, September in Minot averages only 1.46 inches. Of course, there are always exceptions. Average is just a pointless term when applied to North Dakota weather. For example, 6.11 inches of rain was recorded in Minot during September of 1971.

Think it can’t snow in September? Think again. A snowfall of 4.1 inches dumped on Minot on Sept 25, 1942. Fortunately, the long-term “norm” for the month is a mere 0.1 inches of recorded snowfall.

Minot could be in store for a lengthy fall season, at least that’s the indication from the Climate Prediction Center. The CPC’s three-month outlook issued Aug. 15 shows a high probability of above normal temperatures for North Dakota and all of the U.S., through November. The same outlook calls for an elevated chance of precipitation for North Dakota through the same period.