Third play of the summer season is fun and inspiring 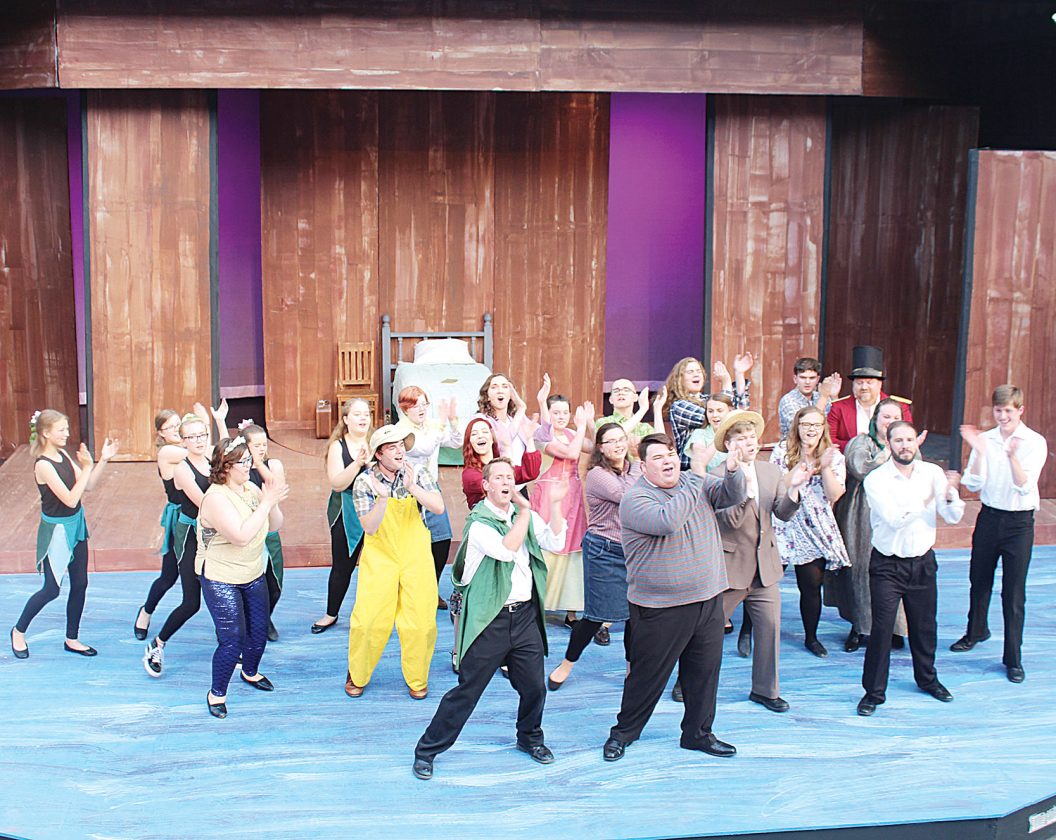 The Minot State Summer Theatre will present their third production of the summer starting today and running through July 12 and then July 14-16 starting at 8:30 p.m. each night. “Big Fish,” based on the 2003 Tim Burton movie and the novel by Daniel Wallace, will be directed by Chad Gifford.

“Big Fish” tells the story of a father and a son who are trying to determine fact from fiction in the father’s past. Edward’s fantastical stories come to life on stage as Will starts to discover that there might have been a deeper meaning behind the stories and that there might be more to his father than he thought. Were his stories just about swimming with mermaids and traveling with giants and joining the circus or were there lessons being imparted?

“There is so much about Big Fish for the audience to enjoy,” said Gifford.

They will have big dance numbers that Gifford says will knock audiences’ socks off as the performers tap dance and “hambone” on the stage. The music is catchy and the story funny and heartfelt.

“Mostly, I think Big Fish is a great musical because it’s not only fun, but it has an inspiring message as well,” Gifford said. 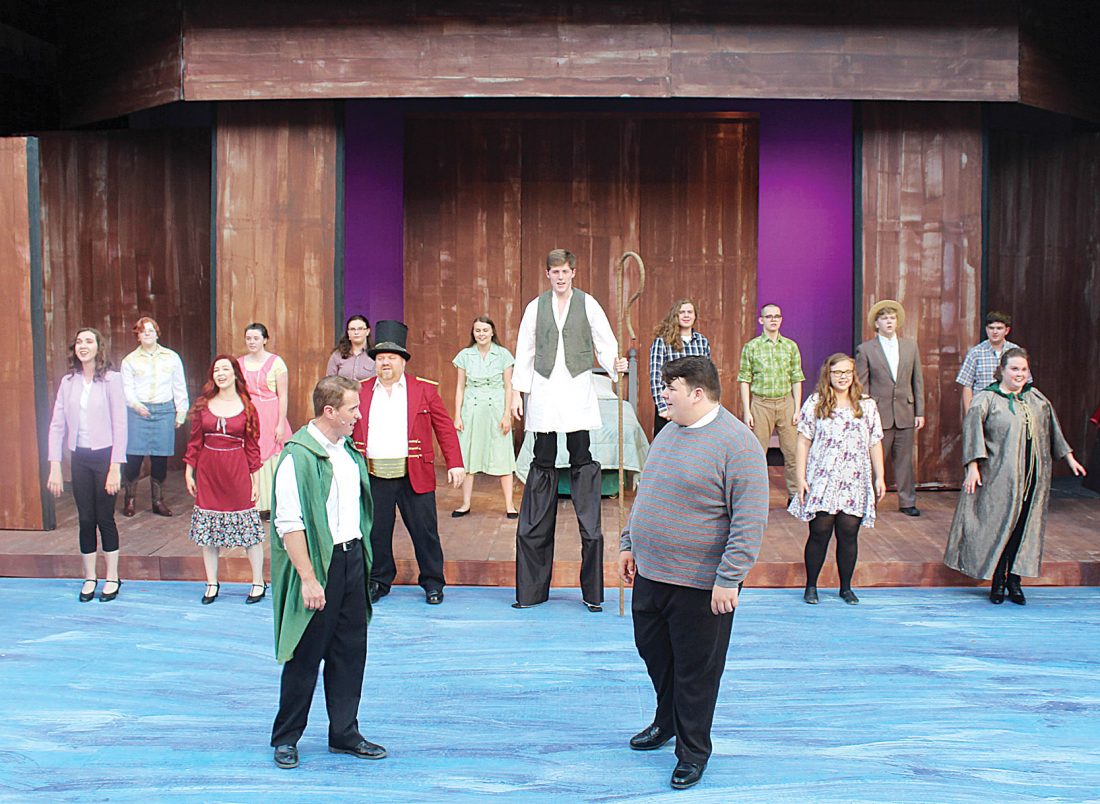 Submitted Photo Here all the characters of Edward’s stories are revealed in one group.

Like with each performance, the Summer Theater will offer sets and costumes that are eye-catching and both old and new talented performers taking on the roles.

Minot State and Glenburn alum Brett Olson will be returning to the stage for the first time in Minot since 2015’s “The Music Man.” He will be taking on the role of Edward alongside other recognizable performers such as Peg Morris, Ryan Haider, Hunter Benjamin and Kaylee Capp.

Gifford said, “If people have enjoyed seeing some of the new faces this summer, our leading lady is from “Mamma Mia.” Megan Graal, returns as Edward’s love Sandra as well as Kyle Mason as Edward’s son Will.”

One very unique aspect that will be featured in the performance of “Big Fish” is the way the stage will transform from scene to scene. According to Gifford, due to the storytelling nature of the show, portions of the story take place in wildly different locations and the set does an amazing job of showing that.

Reservations for “Big Fish” can be made by calling 858-3228 or by going to msusummertheatre.com. Audience members may also get tickets from the ticket window starting at 7:30 p.m. any night of the show.

Tickets cost $16 for adults, $11 for seniors, active military and MSU faculty, staff and students, $5 for youth 18 and under and $20 for bucket seats.