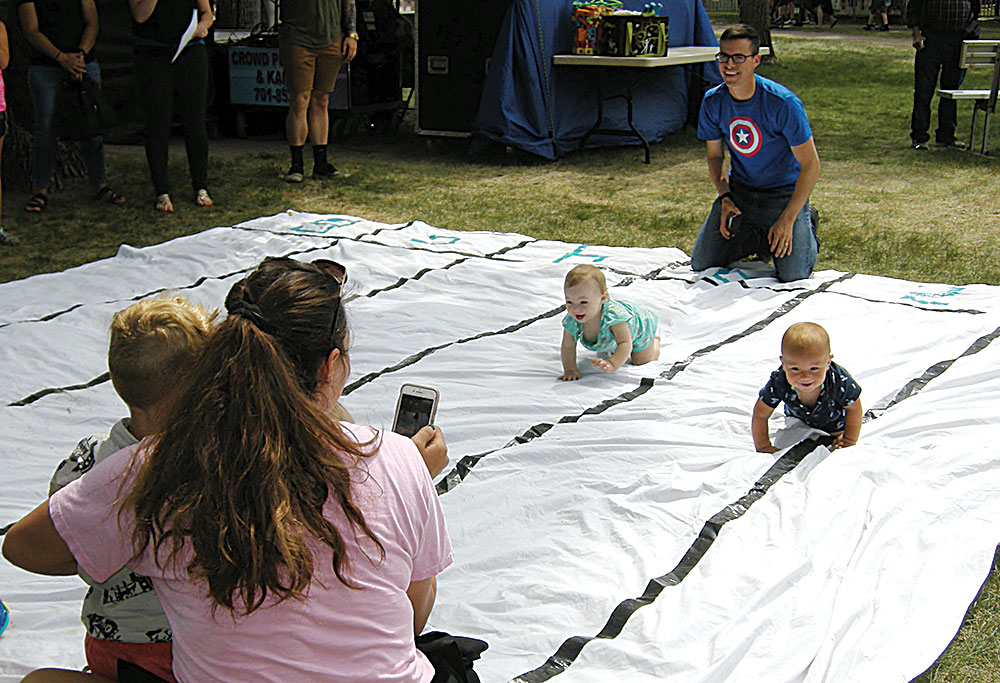 Andrea Johnson/MDN Isla Mellor, age 11 months, left, daughter of Janelle and Adam Mellor of Minot Air Force Base, and Jack Suttle, age 10 months, son of Hope and Joshua Suttle of Minot AFB, compete in the finals of the Diaper Derby at the North Dakota State Fair on Tuesday. Isla crawled ahead of Jack to take the championship. Older children competed in the Toddler Trot.