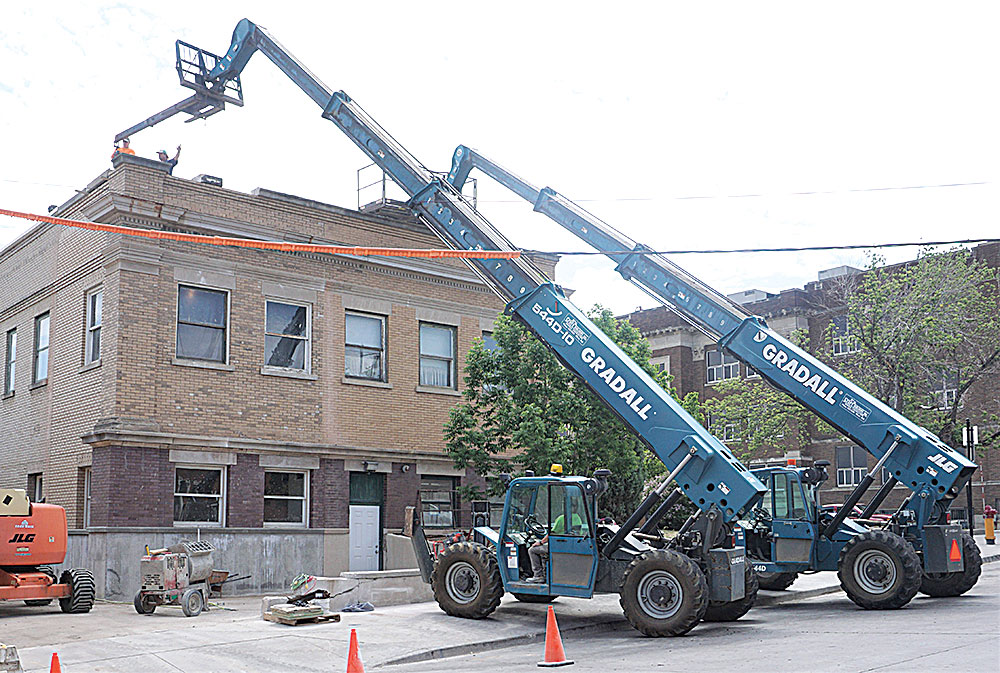 Repairs are being made this summer to one of Minot’s downtown historic buildings.

Construction equipment has been working around the Carnegie Center to fix a problem with the foundation. The soil failed to support the foundation on a corner of the building, causing that portion to settle six to eight inches and pull away, said Mitch Flanagan.

The cause of the soil weakening is unknown but it possibly might be related to abandoned water lines in that area or roof drains that were dropping water, he said.

Craft Builders is constructing a new foundation, along with completing the necessary structural changes inside and removing, cleaning and replacing the exterior bricks. The goal is to complete the project in September.

The cost is $595,848, although the city has set aside extra dollars in event unanticipated costs arise while working on the older building. The bill includes architectural and environmental work in addition to about $560,000 for construction.

The project received a $550,000 grant from sales tax dollars in the city’s Community Facilities Fund in 2017. The city council set aside up to an additional $84,000 from city sales tax reserves.

About 12 years ago, structural work was done on the Carnegie, including a new roof, restoring exterior brick and interior remodeling. Grants and donations helped cover the costs. Flanagan said the city began identifying the latest repair issues with the Carnegie Center in 2014.

The Carnegie Center leases space to private events. The construction work isn’t preventing activities from continuing at the center.