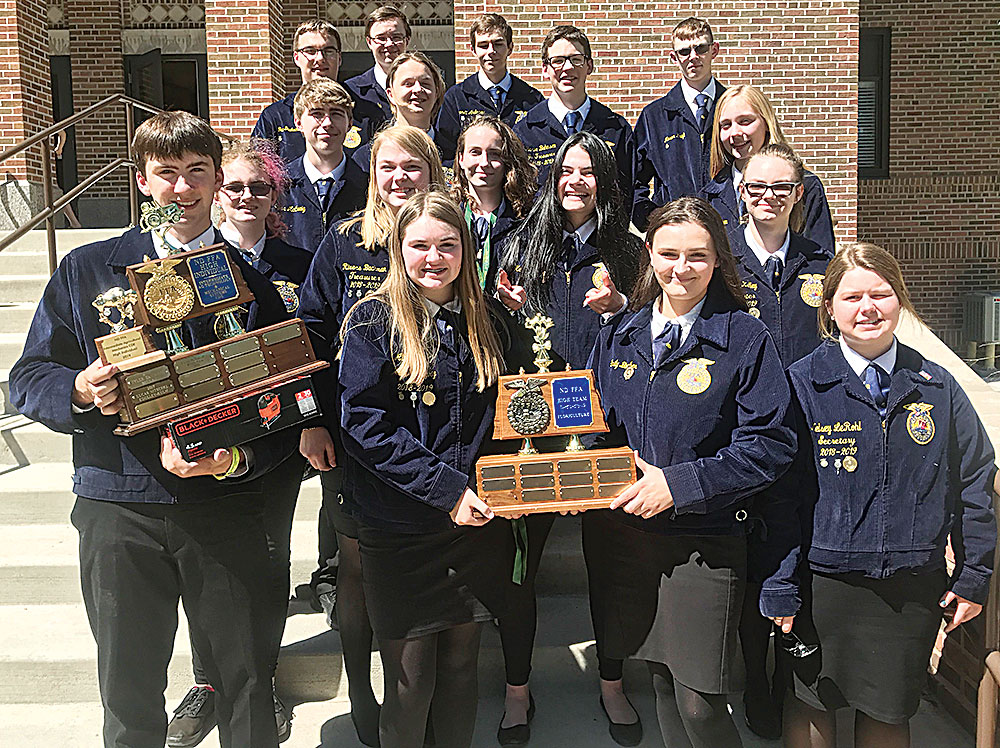 Submitted Photo Minot FFA Chapter members left the State FFA Convention. Many teams won gold and silver, with the floral team and SAE’s going to nationals. Members were very excited of their successes and getting to bring home their travelling trophies.

Minot FFA Chapter Advisors took members of FFA down to the North Dakota State University campus for the 92nd Annual State FFA Convention. Several members own gold and will be heading to Nationals in Indianapolis, Ind. in the fall.

The first team to win gold was the Minot FFA Chapter’s Floral team. The team consists of Alyssa Ball, Rivers Bachmen, Emily Blocker, Kennady Kinnard and Daphne Kelly with Jeff Ball as coach. The team is excited to be bringing home the travelling trophy and to be adding gold pins to their FFA jackets.

Connor Blessum, also coached by Jeff Ball, won the gold for the Tenth Grade Ag Mech contest and Nathan Ball and Maddison Mcrae won the state competition for SAE’s. They will be sent to nationals alongside the Floral team.

Seniors Maddison Mcare and Kelsey Lehrohl both took home silver as a part of the small animal team, coached by Troy Enga.

Minot sent many FFA teams to the state convention this year and advisors see the competition as a huge win, proud of their many members.