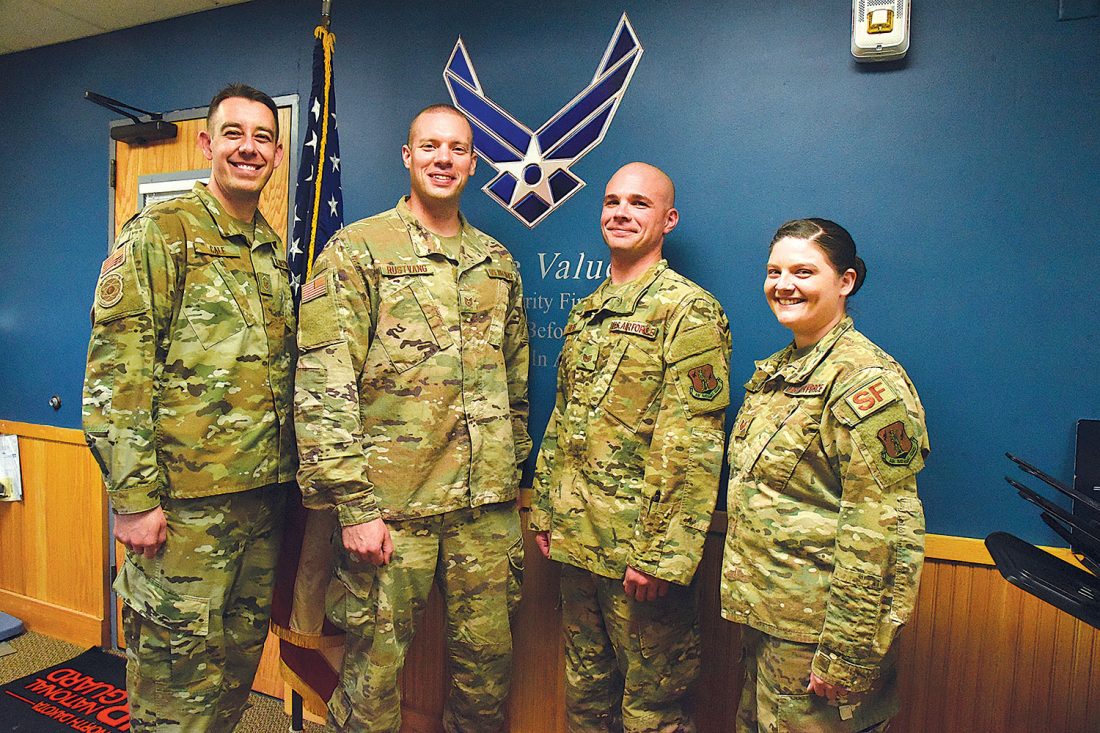 MINOT AIR FORCE BASE – Airmen of the North Dakota Air National Guard’s 219th Security Forces Squadron work side by side with active-duty security forces airmen at Minot Air Force Base.

Since several years ago as part of a partnership with Minot AFB, the 219th has been providing security to the missile complex of Minot AFB’s 91st Missile Wing while working jointly with its active-duty counterparts.

The 219th at Minot AFB was the first Air Guard security forces unit working in the missile field role with an Air Force base.

The 219th, commanded by Maj. Greg Goodman, is made up of active Guard reserve, or AGR, personnel who are full-time staff members working jointly with U.S. Air Force active-duty personnel in the Minot missile complex on a daily basis.

It is also made up of traditional Air Guard personnel who train one weekend per month and 15 days each year in their missile field security and support jobs. The traditional Guard members sometimes work more than their 15 days each year, when their civilian schedule allows.

Personnel in these positions have reduced likelihood of involuntary deployment, which can be appealing to some, but airmen who want to deploy also will have the opportunity.

Educational benefit programs are available to the full-time and part-time Air National Guard members, according to N.D. Air National Guard officials. Many Air Guard members join for the tuition assistance program which covers up to 100% of tuition costs at all N.D. state-funded colleges. In addition, monthly living expenses can be covered by tax-free monthly payments under the Montgomery GI Bill – Selected Reserve program while attending college.

Some select career fields also offer a cash bonus of up to $20,000 for joining.