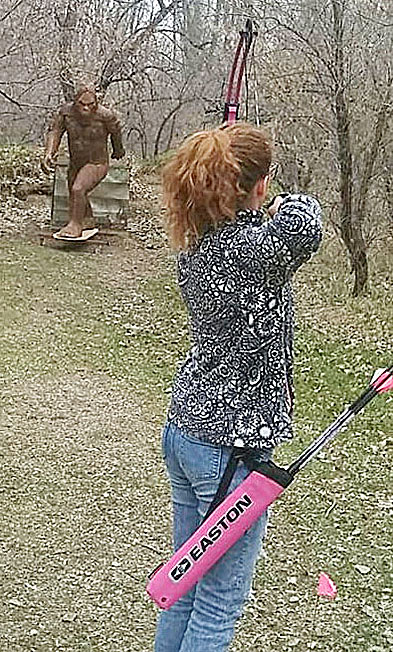 Elizabeth Michel aims at the Big Foot target during the 3D Archery Shoot in Bismarck.

Categories are split up by age and type of bow the individual uses. Ages include Beginner, who are ages 8 to 10; Junior, ages 11 to 13; and Senior, ages 14 to 18. There are two types of bows, Barebow and Freestyle. Barebow have no sights or releases. If a bow has either a sight or release they are put into the Freestyle category. There are some differences between the indoor archery season and the 3D archery season. Indoor archery is completed indoors during the winter and use regular bullseye targets. 3D Archery has targets outdoors and they are in various shapes and sizes; the season is during the spring. At this particular shoot, there were 30 3D targets.

Junior Freestyle contestant was Layne Korgel, Minot, who placed 16th with a score of 119.

Competing in Junior Barebow was Elizabeth Michel, Berthold. E. Michel placed third with a score of 175. 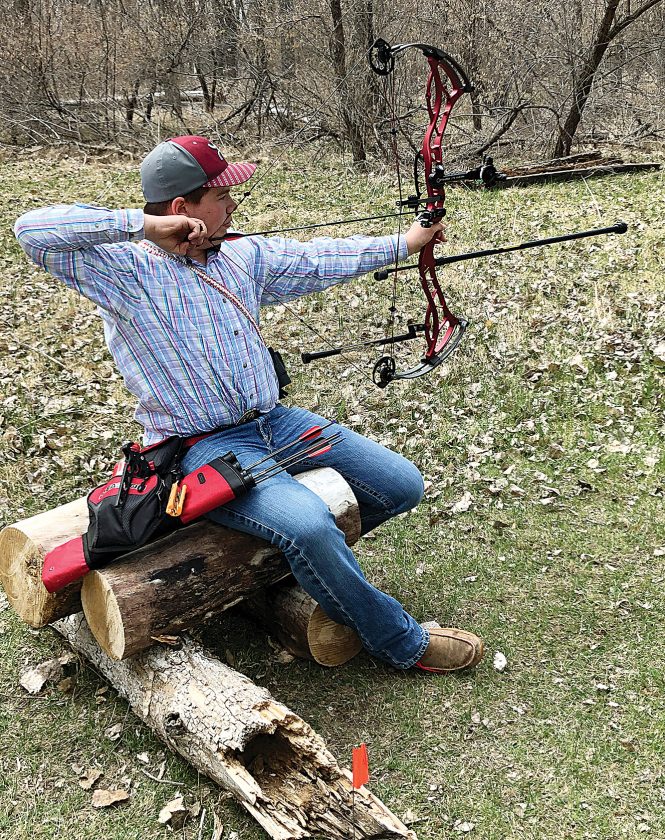 In Beginner Freestyle, Ward County was represented by Cole Whitcher, Minot, who placed 10th with a score of 225.

House Dems to outline case for removing Trump from office