Matthew Wolf is a recipient of the National Guard Woodrow W. Keeble Award 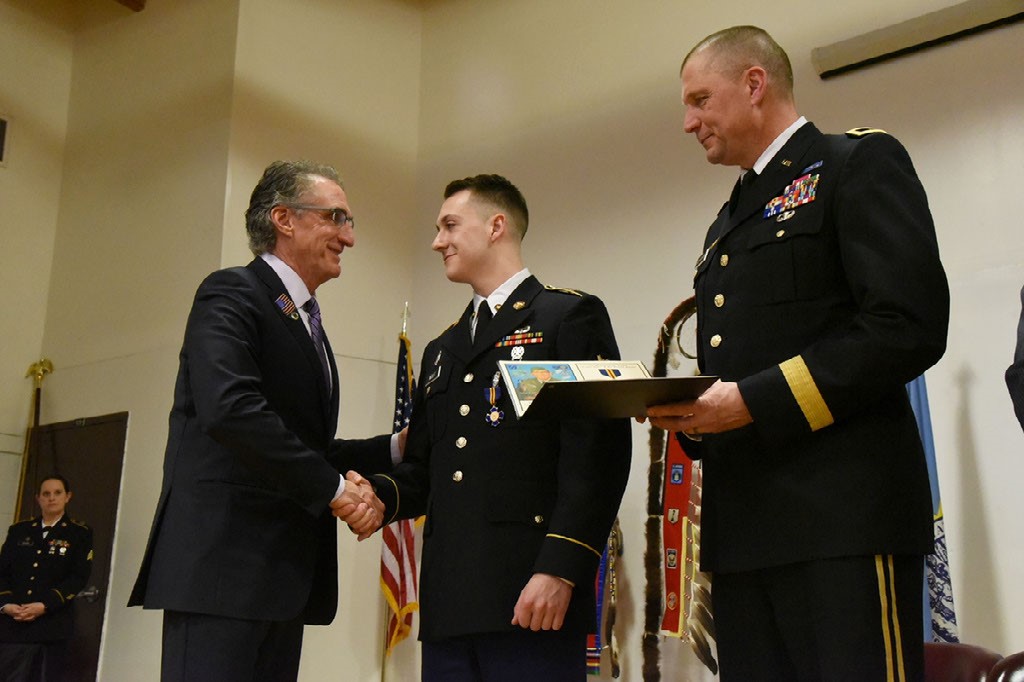 North Dakota Army National Guard Specialist Matthew A. Wolf has been recognized for his efforts to help accident victims when he came upon a rollover accident in Montana on July 7, 2017.

Wolf, a 2014 Minot High School graduate, was one of 14 people from North Dakota to receive the North Dakota National Guard Woodrow W. Keeble Award on March 29 at a ceremony in Wahpeton. He was honored for his “personal courage, fortitude and determination.”

“I’m the only one (from Minot) to receive it,” said Wolf, who is a medic for the Army National Guard and is a pre-law student at the University of North Dakota in Grand Forks.

When he came upon the car accident, Wolf assessed the three accident victims and delegated tasks to other people who had come upon the scene to execute help for the victims. Wolf gave cardiopulmonary resuscitation to a 6-month-old baby who had been severely injured and was not breathing.

“I was able to give her CPR and resuscitate her,” Wolf said.

The baby went under again and Wolf continued giving her CPR. The child was taken to the hospital, where she died three days later.

“His actions gave the infant’s family the priceless gift of additional time to spend with their child,” the award notes. “Throughout the incident, he maintained a calm and professional demeanor, providing some stability to an extremely traumatic and chaotic situation. The exemplary actions displayed by Specialist Wolf epitomize the North Dakota National Guard motto, “Always Ready, Always There,” and reflect great credit upon himself, the North Dakota National Guard, and the State of North Dakota.”

The Woodrow W. Keeble “Je Suis Pret” ( I Am Ready) Award is named in honor of Woody Keeble, a North Dakota National Guard member who received the Medal of Honor for his service during the Korean War.

Wolf said he loves serving in the National Guard and is also a recruiter. The medic training he received as a National Guard member gave him the skills he needed to render aid to the baby girl.

Wolf said service in the Guard also helps its members develop maturity and good character and, as another benefit, helps with money for further schooling.

Wolf plans to stay in the Guard for the next 20 years until he reaches retirement age and he also hopes he will be deployed at some point with his unit.

He said he would like to work as a Judge Advocate Journal (JAG) officer in the Guard.

Wolf is the son of Robert and Lisa Wolf of Minot.