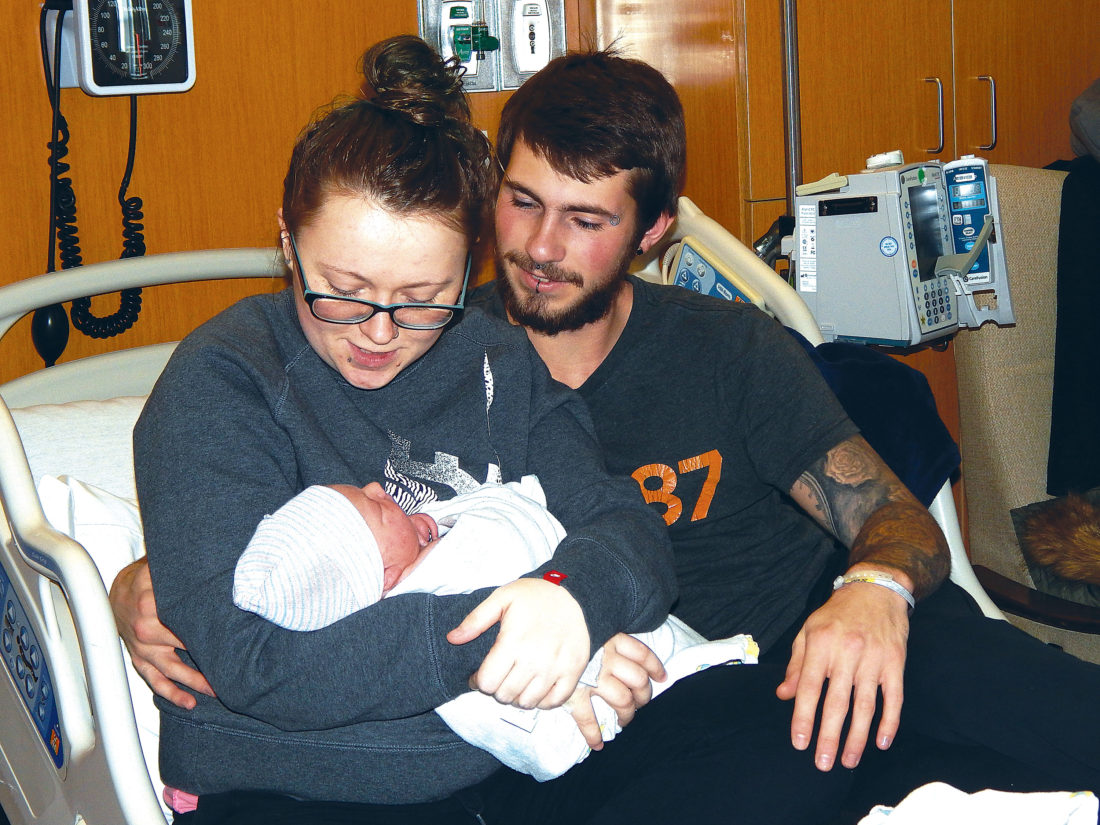 Submitted Photo Natasha Davis and Daniel Wilcox, of Harvey, admire their newborn son, Xavier James Wilcox, the first baby born at Trinity Hospital in Minot in 2019. He was born at 3:31 a.m.

Daniel Wilcox arrived home after his usual three-day shift working as an EMT for the Jamestown Area Ambulance, ready to go to sleep. However, his girlfriend, Natasha Davis, had different plans: their unborn son was coming – two weeks early.

“I came home, and she said she’d been having contractions for a while and she decided it was time to go in,” he said.

“His due date wasn’t until January 15, and he decided he was ready,” Davis said. “I wanted it to happen, but definitely could have waited a little longer. He just had to make an entrance.”

Wilcox and Davis traveled from their home in Harvey to Trinity Hospital in Minot, arriving in the late afternoon on Dec. 31, 2018. “It went on for a good 12 hours,” Davis said of the labor. “I came in expecting for them to send me home for false labor, and things had picked up…and then there was Xavier,” who was born at 3:31 a.m. on New Year’s Day, weighing 8 pounds and measuring 20 inches in length.

Xavier James was a name that Wilcox had picked out. “I’ve always liked it, it’s unique. It’s not a name that you see that often,” he said.

He joins an older sister, Adeline Serene, who will be three years old at the end of January.

In addition to many congratulations sent from friends, family, and co-workers, the Trinity Health Auxiliary presented its traditional annual gift basket to the New Year’s baby born at Trinity Hospital.