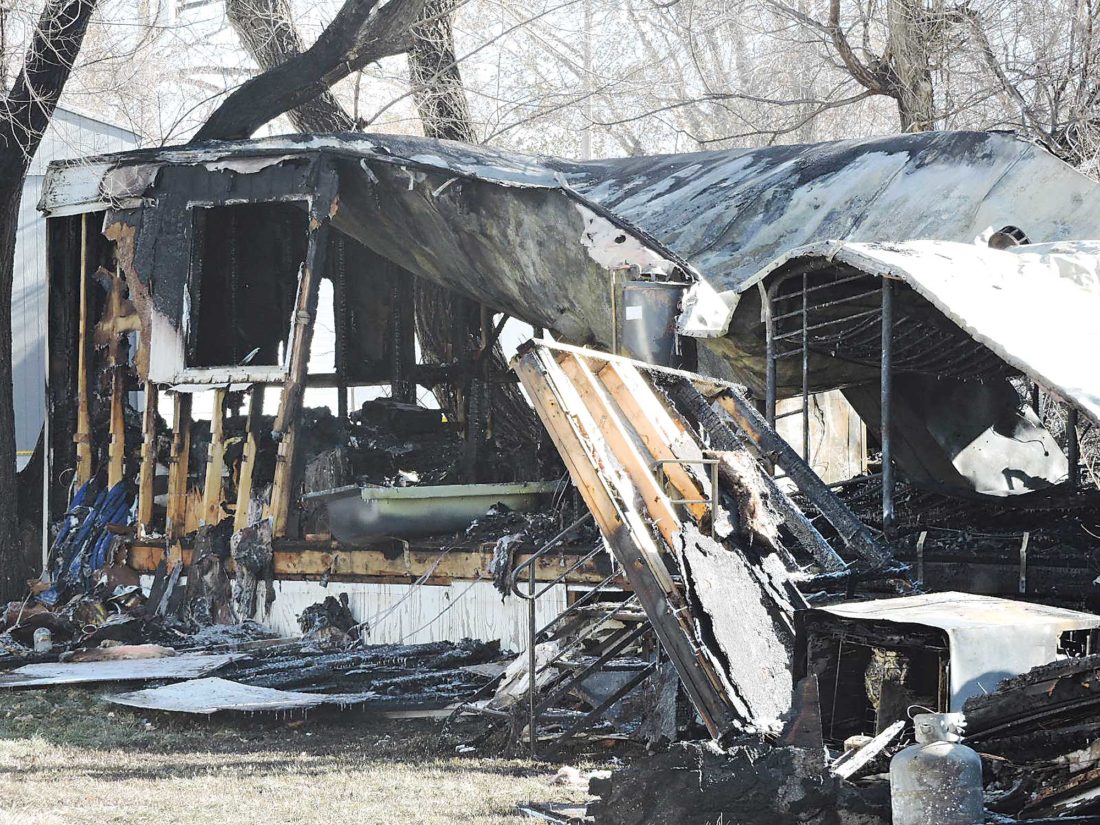 Kim Fundingsland/MDN This mobile home at Holiday Park on Minot’s east side was completely destroyed in an early morning fire Tuesday. The blaze was called in to Minot Central Dispatch at 3:23 a.m., prompting response by the City of Minot Fire Department and Minot Rural Fire Department. Burlington Rural Fire was called in to provide water tanker support. The Minot Fire Department was first on scene and reported the structure fully engulfed in flames. There were no occupants in the home when firefighters arrived. According to reports they had left the scene earlier in the morning. There were no injuries. Minot Rural Fire Chief Rex Weltikol said the fire was determined to be accidental but the cause was not immediately known due to the extent of the fire. The State Fire Marshal was called in to investigate but released no further details as of late afternoon Tuesday.