JAILGATE PART 2: Inside the jail where inmate’s fate was sealed 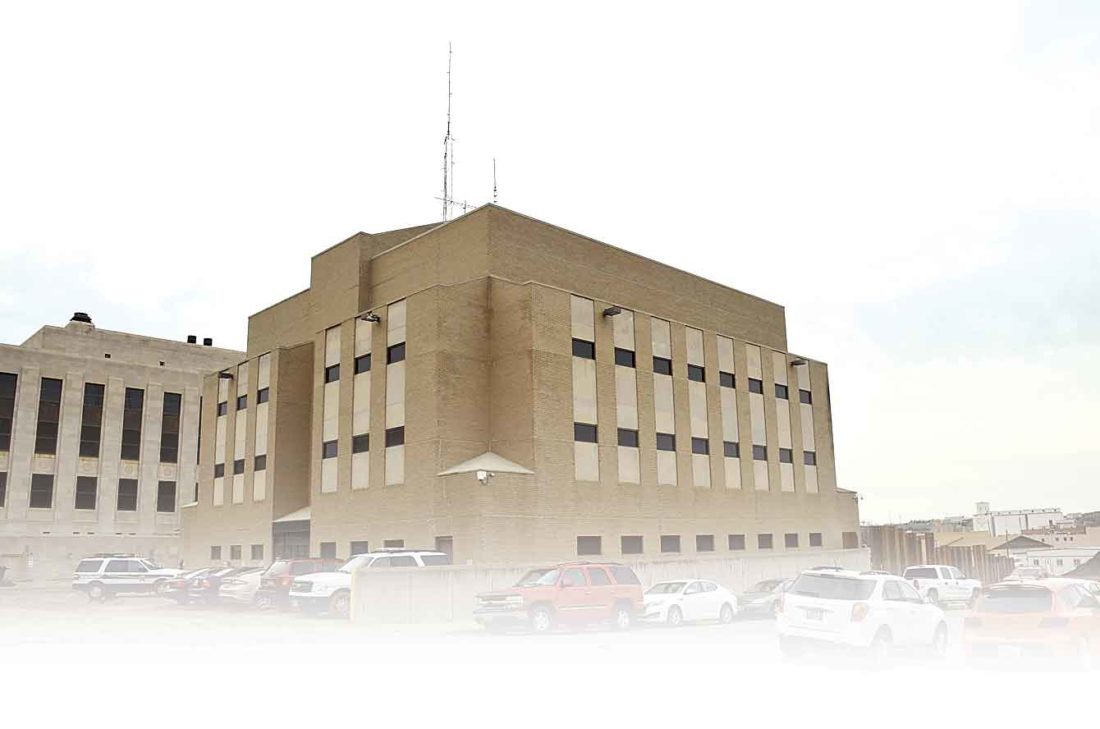 Significant improvements have been made at the Ward County Jail since the North Dakota State Department of Corrections and Rehabilitation assigned a jail monitor to the facility in the wake of the death of inmate Dustin Irwin in October 2014.

The jail monitor remains in place however, and at county expense. The operation and procedures at the jail came very close to receiving a passing grade on its most recent NDDOC audit. So close that it seems the presence of the state assigned jail monitor might soon come to an end. Even the NDDOC notes that Ward County Jail “staff deserves accolades for certain accomplishments,” but adds that that the jail monitor will remain in place as long as deemed necessary.

Of particular concern to NDDOC is what they refer to as a “culture” prevalent at the jail that will take months to change. In her order to reduce the inmate count at the jail to no more than 104 at any time issued Oct. 23, 2014, NDDOC Director Leann Bertsch concluded that “Inmates and staff were not safe as a result of the inaction of the Sheriff” and that “It is evident that those incarcerated at the Ward County Jail were not being properly supervised.”

Bertsch pointed to comments made by correctional officers as an example of a culture that was badly in need of change. When interviewed by investigators following the Irwin death, one correctional staff member stated “I think they should give law enforcement more bullets so you could shoot more of these people instead of bringing them to jail.” Another was quoted as saying, “We have the same amount of staff working per shift at 150 inmates as we did when we had 60 inmates.”

Sheriff Steve Kukowski, who was removed from office by action of former Gov. Jack Dalrymple, an action later reaffirmed by newly elected Gov. Doug Burgum, submitted his resignation earlier this year in exchange for three misdemeanor charges against him being dropped. Kukowski had maintained his innocence throughout the time of his suspension and legal proceedings against him.

In an affidavit delivered to the court, Kukowski testified that since January 2011 he regularly attended meetings of the Ward County Commissioners and gave them “detailed information about the jail, the current jail population and the status of the jail staff including hiring, training and turnover.”

N.D. Century Code outlines duties of elected sheriffs, including that they “take charge of and keep the county jail and prisoners therein.” In his affidavit Kukowski noted that “As Ward County sheriff, I am also the administrator of the Ward County Jail.”

According to the NDDOC corrections investigation into the operation of the Ward County Jail, it was learned from several correctional officers that the sheriff “seldom visited the jail and when he did he went to the Captain’s office or the control room only.” The report further stated that “It does not appear that Sheriff Kukowski attempted to make himself aware or was interested in the condition of those incarcerated in the facility, as he did not complete these important correctional practices.”

The organizational chart for the Ward County Sheriff’s Office is divided into three separate branches – training and civil process, investigations and patrol, and jail commander. Major Bob Barnard, Kukowski’s replacement as sheriff, was the officer in charge of investigations and patrol at the time of Kukowski’s suspension. Captain Mike Nason was in charge of training and civil process, which included transport of prisoners. Captain Penny Erickson was jail commander. Nason and Erickson resigned from the sheriff’s department a few months after the death of Irwin.

Kukowski maintained that overcrowding was the result of mandatory sentences handed down by district judges and the “oil boom” that brought additional people and additional crime to Ward County. The population of the Ward County Jail on Oct. 5, 2014 was 158, which was 54 prisoners above the facility’s rated capacity and 70 inmates above operational capacity. It wasn’t until the NDDOC directed the county to reduce the inmate population that changes were made and inmates were sent to other facilities.

Today the jail is operating within the prisoner limitation guidelines established by the NDDOC. A new and larger jail under construction will increase inmate capacity. It is scheduled for completion next year.

Another concern, said the audit, was “the inability of the control room officer to perform some of the essential duties due to the multiple duties that are assigned.” The audit called the situation a “recipe for disaster.”

In response to the audit, numerous changes have been at the Ward County Jail, the cleanliness of cells and operation of the control room among them. Improvements were necessary at the facility which was facing the very real possibility of closure.

“The audit indicates multiple serious deficiencies within the operation and the management of the facility. These deficiencies must be immediately resolved to avoid closure proceeding,” wrote the NDDOC on Feb. 23, 2015.

The lack of training for corrections officers was a major area of concern for the NDDOC and one of the reasons behind a misdemeanor charge filed against Kukowski. An investigation conducted by ND Bureau of Criminal Investigations agent Allen Kluth concluded, “Mr. Kukowski knowingly employed correctional facility staff and that staff did not have adequate training.”

Ward County eventually enacted its own training program but, according to the NDDOC investigation, at least nine Ward County Jail staff had not attended N.D. Peace Officer Standards and Training Board-approved correctional officer training at the time the Ward County Jail came under scrutiny. N.D. Century Code and N.D. Correctional Facility rules require training be completed within one year of employment.

During staff interviews conducted by NDDOC, “staff stated training is not a priority” and that “there is no time for training because of the extremely high number of inmates.”

In conclusion, the NDDOC report says training was available through the NDDOC as well as the Cass County Sheriff’s office although billeting may not have always been available. From 2010 through 2015, NDDOC offered 16 three-week Correctional Officer Basic Training sessions.

In sworn testimony before District Court Judge Lolita Hartle Romanick in Grand Forks Kukowski explained that at least one training date conflicted with the State Fair and that he “can’t let anybody go.” Other reasons cited included a high employee turnover rate among correctional staff and the need for having staff available for duty.

In April of this year the Ward County Commission, by a 4 to 1 vote, directed Special Prosecutor Seymour Jordan to request that charges be dropped against Kukowski. The request was granted by the court.