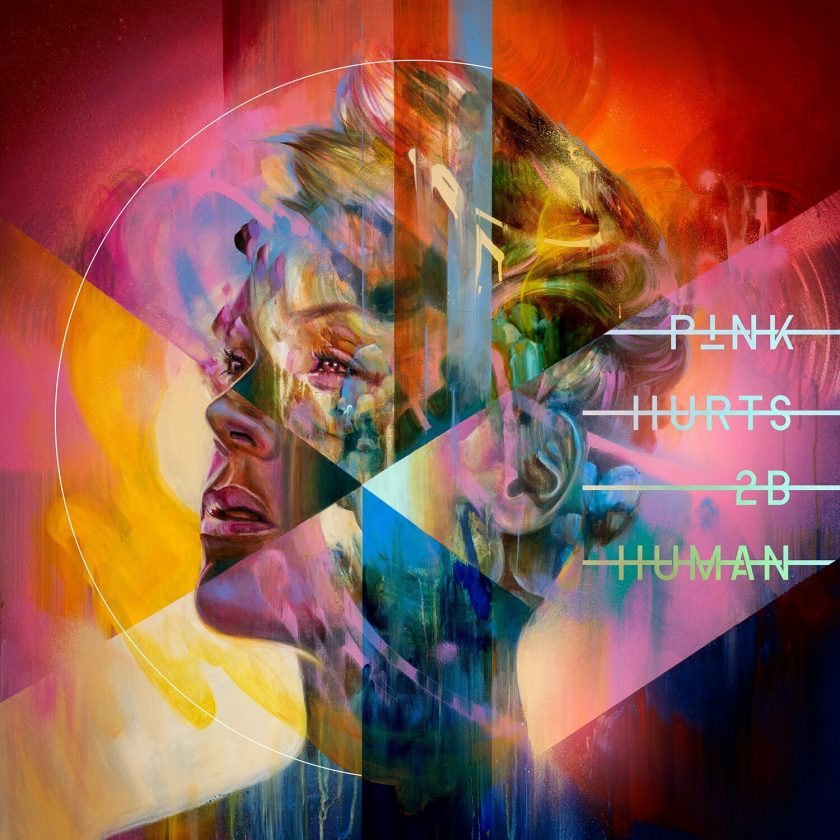 This cover image released by RCA shows "Hurts 2B Human," a release by Pink. (RCA via AP)

(AP) — Right out of the gate on her new album, Pink gives you just the song you expect from the punk superstar: a pop ballad oozing with confidence and giving her signature “f-off” vibe. Her background vocalists sound like a posse as she sings out, “Don’t hustle me/Don’t f— with me.”

“Hurts 2B Human” sounds largely like Pink’s typical aesthetic — mostly pop with a punk attitude and a few sentimental piano ballads sprinkled in. Just like her 2017 album “Beautiful Trauma,” Pink dabbles in a myriad of styles, but this time recruits the help of more collaborators. Khalid, Cash Cash, Wrabel and even Chris Stapleton make appearances.

The album lands clearly in the pop camp. First single “Walk Me Home” is catchy with all the right ear worm ingredients, but this same formulaic pop tendency hurts her on other songs. Her energy and booming vocals may draw listeners in, but the album falls short with some tracks lacking originality.

“My Attic” sounds like a tune that’s been done before: a Fergie-style “Big Girls Don’t Cry” using a thinly veiled metaphor of an attic to describe the things she keeps hidden. “I keep hiding the keys in all these places even I can’t find/Hoping one day you’ll find them all ’cause I wanna let you see inside my attic.”

This isn’t to say all Pink’s sentimental tracks are kitschy. “90 Days” incorporates a James Blake/Imogen Heap production style with a balanced blend of Wrabel and Pink’s vocals over distorted layers to create a strong track.

It’s also one of the songs that sounds radio-ready, along with the title track, proving that Pink still has what it takes to stay relevant. The breadth of her collaborations are also commendable: the R&B style of Khalid and the country roots of Stapleton may not seem cohesive, but both sound equally at home on the record.

Overall, “Hurts 2B Human” is predictably Pink — to both its benefit and detriment.