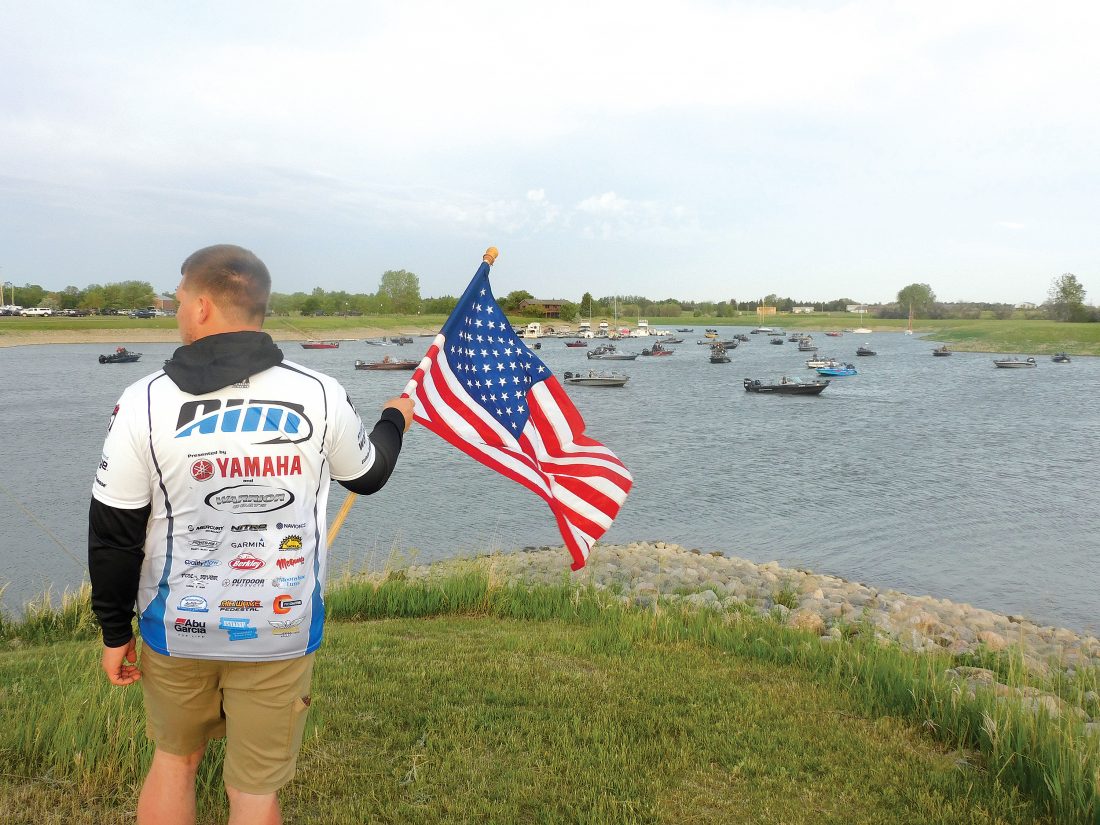 FORT STEVENSON STATE PARK – It was a bit unusual, to be sure, during a summer when coronavirus has led to the cancellation of many fishing tournaments. However, after implementing a few changes, including scrambling to find a new date, the AIM Weekend Walleye Series launched out of DeTrobriand Marina last Sunday.

“The AIM format meets all the social distancing requirements just naturally,” said Geremy Olson, Washburn, tournament director. “The only thing we really had to change was a virtual webinar for the rules meeting.”

Rules meetings normally require all participating teams to gather together in a single room, a situation to be avoided during the coronavirus pandemic. Another gathering common to fishing tournaments is weigh-in time when the boats return to the dock. AIM’s format though is catch, record and release. That’s means no gathering of anglers or spectators around the scales at the end of the day.

“We take pictures of the left side of every fish, so that helps us make sure nobody is doubling up on fish,” explained Olson. “It’s just a fun format because all the fish are released. It takes away the urge for people to cull and makes for a good, fair tournament.”

It is illegal to cull in North Dakota, a process whereby a fish is removed from a boat’s livewell and released back into the lake in favor of a bigger fish. In AIM events all fish are measured on a ruler given to each team before they launch their boat. Teams also received an SD card to use in their cameras for photographing each fish they catch. A computer program is used to verify that no fish is photographed twice. 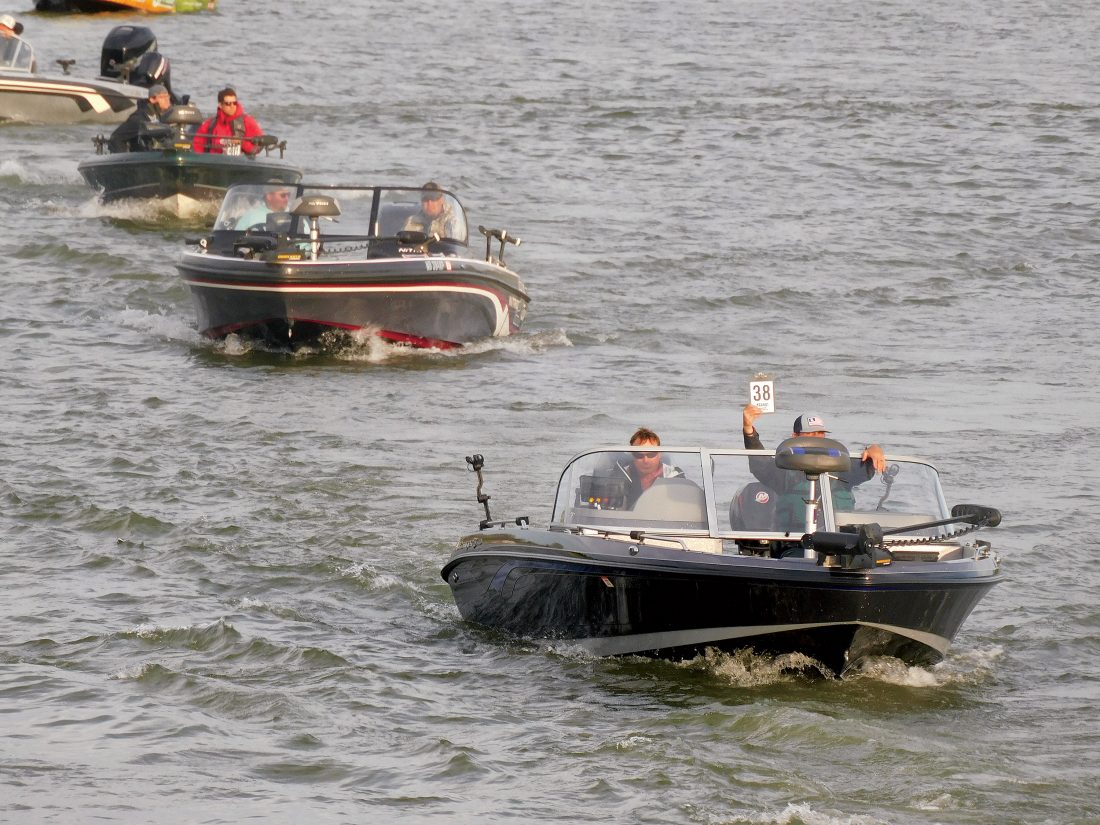 Kim Fundingsland/MDN Competitors were required to show their team number to AIM officials as they left the starting area in search of Lake Sakakawea walleyes.

The two-man teams were allowed to catch and release as many walleyes as possible during the eight-hour tourney, submitting their best five for the competition. A conversion chart was used to compute the length of each fish into pounds and ounces.

The wind was already whipping up when fishermen lined their boats up for pre-tournament inspection prior to the 7 a.m. launch. With the forecast for the day calling for winds gusting over 30 miles per hour, anglers started the day in full rain gear.

“In North Dakota if you don’t fish in the wind, you don’t fish,” remarked Olson. “It’s warm and windy but the anglers are having fun.”

The 56-boat field consisted of boats large enough to handle rough water but, none-the-less, rocking and rolling was the order of the day. No matter. The main thing for the competitive field was that they were participating in a fishing tournament while most other tournaments across the state had been called off due to coronavirus concerns.

“There’s a lot of talent out there too,” reminded Olson. “Just look at our field today. There’s a lot of guys that what they catch in a day is what most people would dream of catching in a lifetime. These guys are competitive and fun to watch.” 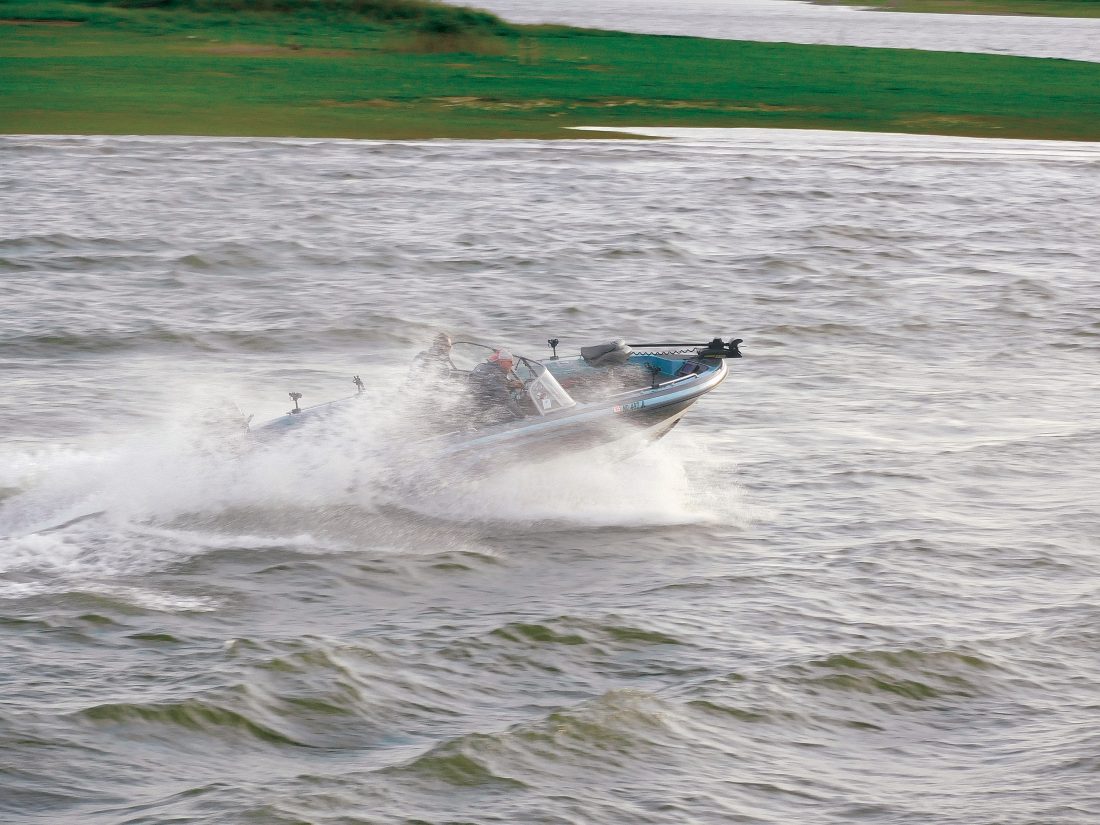 After every tournament there’s a number of fishermen who divulge a few tactics that they found to be effective. For Olson, it’s always interesting to listen to the “trick” of the day.

Last Sunday’s tourney had been re-scheduled from earlier in the year following the revocation by the North Dakota Game and Fish Department of all April and May fishing tournament permits due to coronavirus. Two more AIM events are scheduled on Lake Sakakawea yet this year, one at New Town June 28 and another at Parshall Bay July 26, and one on Devils Lake July 12. The state championship is slated for Beulah Bay August 14-15.

Team-of-the-year is awarded to the team with the three best tournament finishes. The state circuit winner receives a Yamaha kicker motor and the top five teams garner national tournament spots without having to pay an entry fee.

The largest walleyes caught during last Sunday’s tourney was a pair of 26 3/4 inchers. The first place team recorded an average weight of just over six pounds per walleye. Ninth place, the final payoff spot, saw an average of nearly 4 1/2 pounds per fish. Total payout for the tournament was $14,250. Entry fee was $300.

Kim Fundingsland/MDN Competitors were required to show their team number to AIM officials as they left the starting area in search of Lake Sakakawea walleyes. 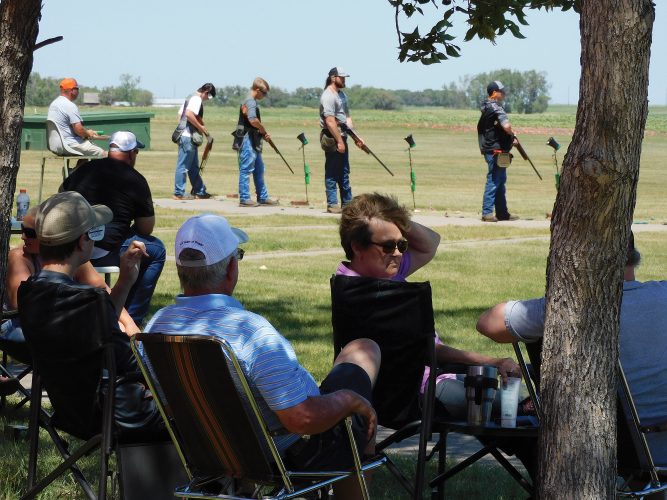 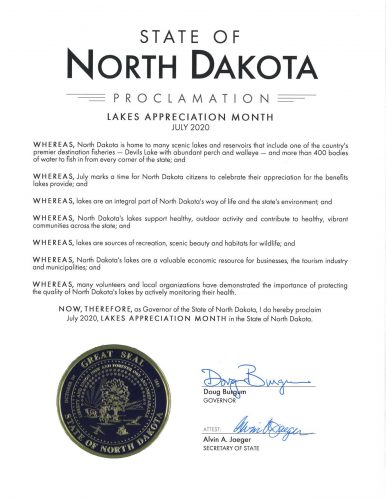 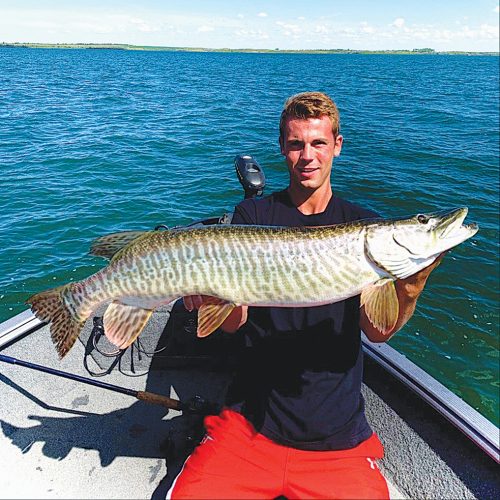