It’s that time again. The Pheasants for the Future annual banquet will be held Friday, March 20 at the All-Seasons Arena on the State Fairgrounds. Doors will open at 4:30 with a dinner and auction to follow.

The PFTF is a local sportsmen’s club dedicated to pheasant restoration. While pheasants and pheasant habitat is a focal point for the club, their endeavors under the PFTF banner are quite wide in scope.

The club places an emphasis on getting youth enthused and involved in their programs, including next Friday’s banquet.

“Youth 12 and under are admitted free to the banquet as long as they are accompanied by an adult,” said Kellen Latendresse, Minot and PFTF board member. “We’re really trying to push more for our banquet to be more kid friendly. Another thing we do for kids is band pheasants that we release. Any youth that shoots a banded pheasant is entered for a shotgun giveaway. We want to give to youth across the board.”

“We’ve sent kids to Triangle Y Camp for the last several years,” said Ben Goodman, Minot and PFTF board member. “Now it’s 15-20 kids and they have to be low income.”

A big plus for the club, says both Latendresse and Goodman, is that “not one dollar goes somewhere else”. PFTF is the largest “all local” club in the state. Over a thousand members are expected to attend next Friday’s banquet.

“Not one dollar goes elsewhere,” said Latendresse. “We have no administration fees. We’re 100% volunteers. Every dollar spent goes back into the community or into pheasant restoration, habitat, or youth programs.

The large membership, which includes 28 board members and 15 associated board members, means the club has the ability to take on major projects. One of them is the development of a tract of land into favorable pheasant habitat in the Butte area.

“We took some invasive trees down and planted two separate, one-acre food plots,” said Goodman. “We’ll plant again there this year too. Our plan is to eventually get our youth hunt over there after we get it developed.”

The club’s popular youth hunt has been held near Rice Lake for the past several years. However, even with an aggressive stocking of pheasants at that location, the survival rate of the birds has been very low. The Butte area land is located in an area where pheasants have been known to flourish.

One of the attractions at the upcoming banquet will be the pheasant table, a place where PFTF members can sign up for pheasant chicks to grow and release.

“We had 15,000 chicks last year,” said Goodman. “Every year it has been 12-16,000 that we buy and distribute to North Dakota residents. We’re trying to help the pheasant population for our future, pheasants for the future.” 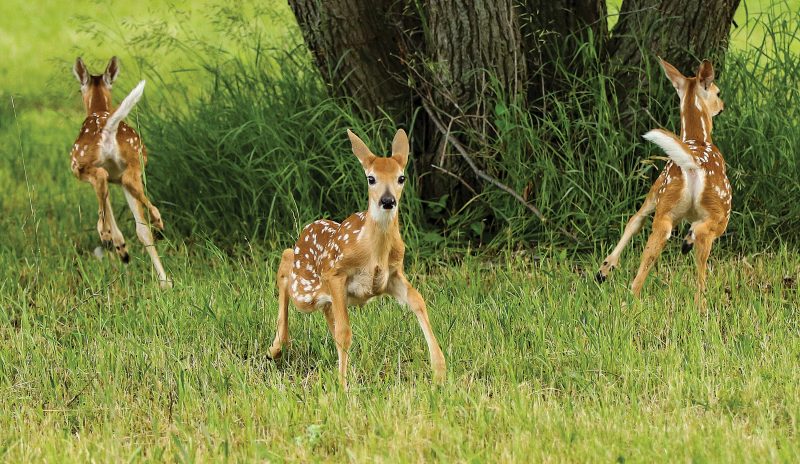