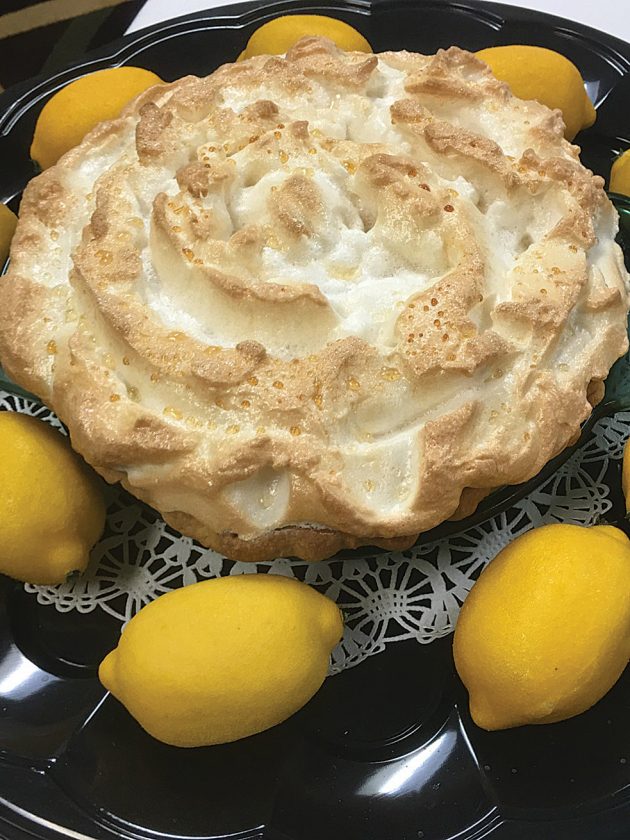 What is it that attracts many people to lemon meringue pie? It could be the unique flavor of lemons – zesty, sharp, and refreshing? Maybe it is the meringue that is sweet and swirled into cloud of lightness and paired with the invigorating lemon filling that sends one’s taste buds whirling.

The Heritage Singers just finished a 6-night run of their annual Variety Show, “The Wizard of Odd.” In addition to the meal and show, there is the ever-popular silent auction that features many unique and handmade items including a section of baked goods – this year, baked goods were the go-to items.

This was my sixth variety show, and I bring a homemade lemon meringue pie each evening. In my rushing world-sometimes, well most times, the pie is still a bit warm as it is set upon the table. Steam tends to gather on the clear lid and then the most inviting droplets appear on the meringue like jewels set upon the snow.

The lemon’s intriguing flavor and puff of meringue pull in bidders each evening, and it has become a lively competition to see who is willing to pay the top price for this very fresh pie. To date $2,160 has been raised from the 36 lemon pies that have appeared at the silent auction. The top price paid has been $135 with an average being around $60. Blessed are we to have such good bidders.

Each evening as the bids are being placed, someone will ask for the recipe of Lemon Meringue Pie, and they say “I know you have had it in your column, but could you run it again?” So here comes Lemon-Aid for these folks and others. Another question that is often asked is “What other kind of pie could you bring beside lemon meringue?” “Is there any other pie?” My choice would be for starters: Amaretto Cream Coconut pie, rhubarb custard pie with meringue and pineapple pie with piled high meringue.

I learned the art of making lemon meringue pie from my mother. Her favorite pie to make was apple; however, when the McLean County Fair rolled around each year and the Commercial Club needed pies for their stand, she showed up with three pies each day of the fair. Her trio was always the same, apple, cherry and lemon meringue pie. I admit that the making of pie like many things come easier with practice. I can recall my mom humming as she went about her pie making. She had mastered pie crust, rolling out the dough and creating the filling. She was in her comfort zone when creating these pies

My very favorite and go to recipe comes from Mrs. Fred (Lydia) Eman, of Underwood. I first made this pie when I was 12 years old and it continues to win praises. I have tried other recipes, but this one seems to have just the right combination.

Much of successful pie baking comes from experience and allowing enough time to do a good job. Tips such as using lemons that are at room temperature also aid in creating a sweet success. Now if your pie does not turn out perfectly, just try again and after 36 times you are still having flops then I would suggest you give a try to basketball layups, playing whist, or raising African violets with magnificent blooms.

Sift together flour and salt; cut in shortening or lard until crumbly. Add enough milk to egg yolk, vinegar to make 1/2 cup. Add to flour mixture, blending until moistened. Roll out on a well-floured surface. This makes two very large crusts. Drape crust over pie plate and flute the edge and the bottom several times before baking in a 375 degree oven until golden brown.

When cutting shortening into flour mixture, use two tables knives with a back and forth action or use a pastry blender.

Make sure added liquid is cold and avoid over mixing dough with your hands.

Allow dough to rest 20 to 30 minutes before rolling out.

Chilling your rolling pin makes for easier rolling out.

4 to 5 tablespoons of sugar

Egg whites should be at room temperature. Rinse out the mixing bowl with boiling hot water, dry with towel and add egg whites. Beat egg whites with electric mixer on medium speed until frothy and then add cream of tartar. Increase speed of mixer to high and continue beating until soft peaks start to form. Add sugar 1 tablespoon at a time incorporating well before adding the next. Continue beating until peaks develop a curl and then add vanilla.

The lemon filling must be hot when you dress it out with the meringue and making sure to seal the meringue to the edge of the pie crust. This sealing will prevent meringue from shrinking. Once meringue is piled high, place in a 375-degree oven and bake until meringue is slightly golden. You will want to watch this carefully as meringue tends to brown easily. When pie is removed from oven, allow it to cool in a draft free place. 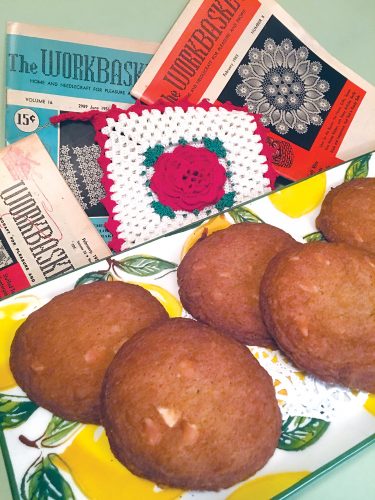 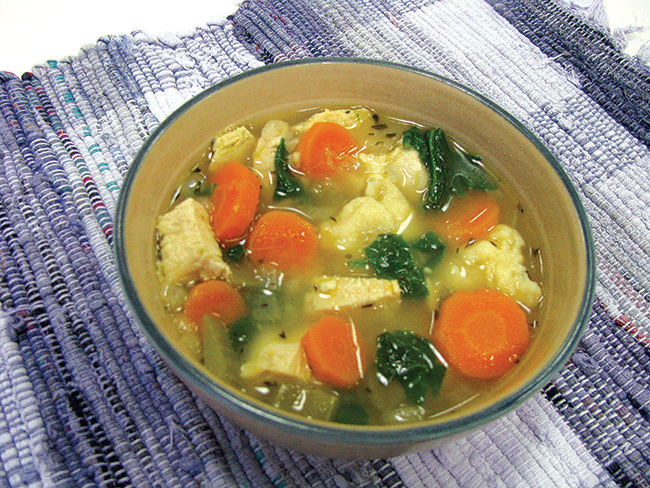 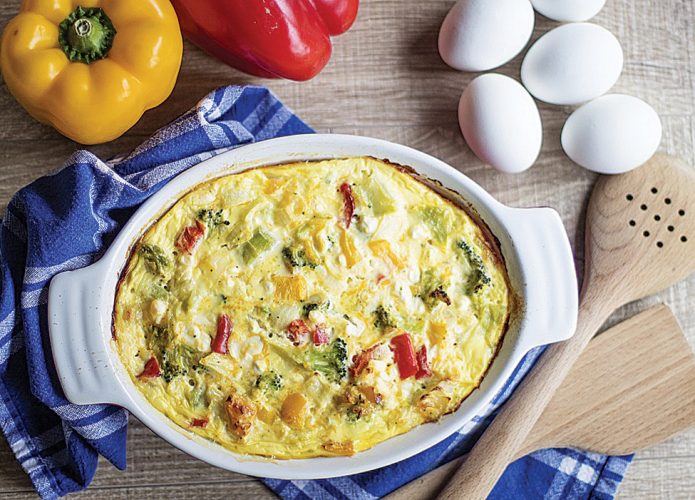 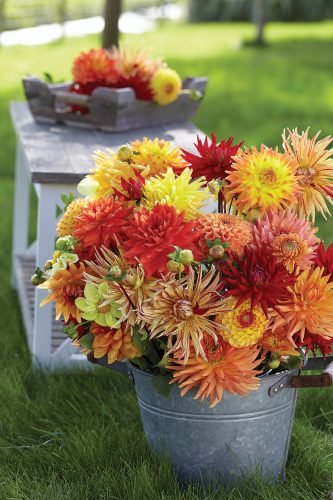 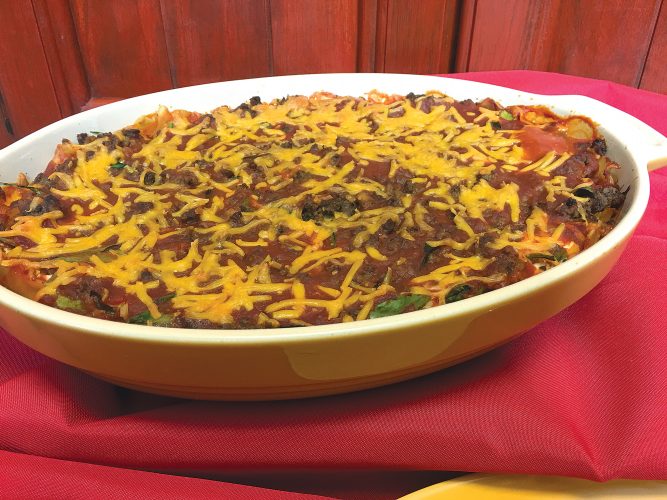