Rooter-Man to the rescue 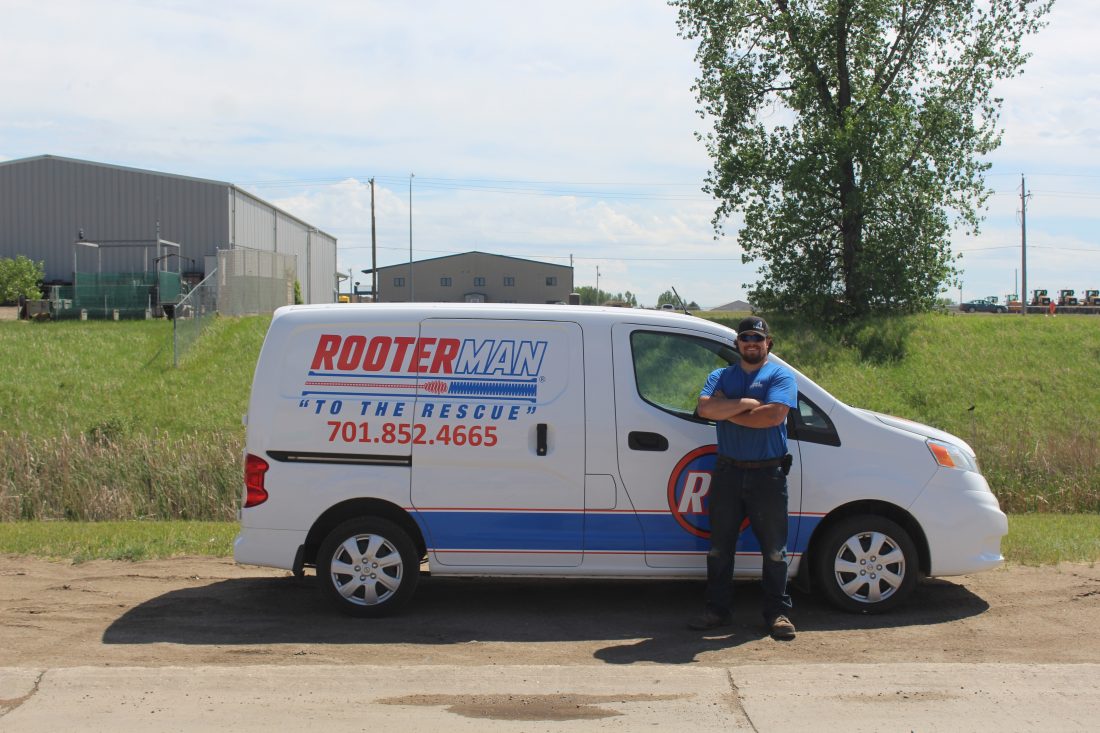 Rooter-Man drain cleaning service owners Reid Hanson, Cole Ritter and Manager David Kirlis had big plans for the city of Minot and the territory of western North Dakota during its grand opening on May 1. But the coronavirus pandemic thought otherwise.

As numerous businesses were closed by the government shutdown, the drain cleaning franchise began to ascend as newly acquired customers started flushing non-flushable items down their pipes.

“Don’t flush anything down the toilet that should not be flushed,” said Ritter.

“The golden rule for plumbing is no matter how ‘plumbing safe’ disinfecting wipes, protective gloves and masks say they are, they’re not,” added Kirlis.

Originally from Portland, Oregon, Kirlis took a liking to the small-town atmosphere in Minot. He worked primarily as a plumber while serving nine years at Minot Air Force Base with the Civil Engineer Squadron. In 2019 Hanson and Ritter brought him in to become the manager and service technician for the Rooter-Man franchise’s launch.

“When I was working on the base, I did a lot of rough end plumbing like new design and repair,” Kirlis said. “The Rooter-Man stuff is something I’ve always enjoyed. I like fixing problems.”

Hanson said the Rooter-Man franchise considers itself a problem-solving business. If a customer has household problems like grease wipes, roots, sewer lines in old homes, slow draining sinks and anything plugged up, they can call, and the company will get them back operating correctly.

“The service technician stays equipped with the proper attire, such as gloves, masks and booties, to protect themselves and others inside the home upon arrival,” said Hanson. “The drain cleaning business is more personal as we’re in someone’s home after they’ve exhausted numerous hours trying to figure out a solution for the problem.”

In regard to customer service, Kirlis said it applies when entering a person’s home. It’s something to consider as the company is often the last resort since the customer has tried everything before contacting Rooter-Man.

Rooter-Man opened its doors to the public in North Billerica, Massachusetts, in 1970. After franchising in 1981, the company now has north of 580 locations dispersed between the United States and Canada.

By vote, its widespread success has earned it the number one franchise in the plumbing and drain cleaning category by Entrepreneur Magazine 16 years in a row and counting.

“Rooterman’s replicable name with a proven track record of success is a big reason why we bought into the franchise,” Ritter said.

For health and safety purposes, when going into someone’s home, their mission is to leave the customer with a scintilla of hope and satisfaction that the job is complete.