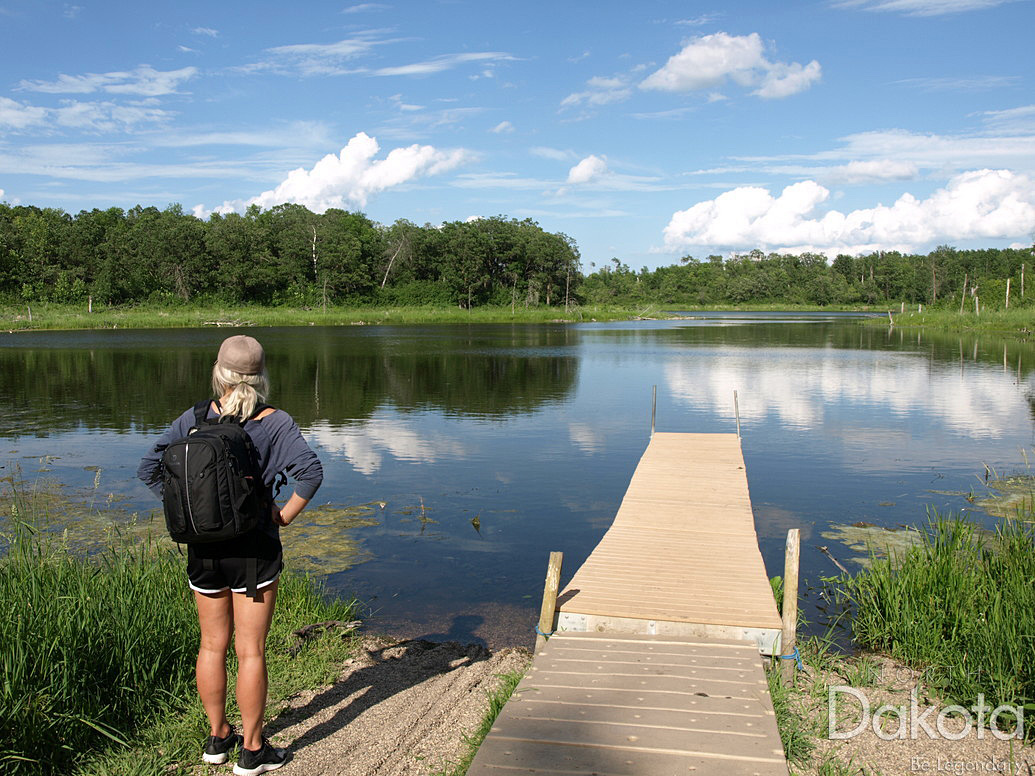 During what normally would have been the beginning of a busy season, Jeff Baker of Rez Famous Lemonade on the Turtle Mountain Indian Reservation is kicking off June with local lemonade sales to drive-up customers.

Summer on the reservation in north-central North Dakota is typically busy for Baker with weekend powwows and the occasional car show or community event. While he normally expects about 16 weekend business opportunities between April and November, this summer is different.

“Our main venue is weekend powwows,” Baker said. “Now, basically 100% of those have gone away. That’s 95% of my business, other than midweek selling.”

Delvin Cree of New Town, a member of the Turtle Mountain Band, said smaller powwows were held when he was younger and would be a beneficial possible alternative after the loss of the annual big powwows this summer.

“I know in my family we have several dancers and I kind of would like to see them have a small powwow like we did decades ago,” Cree said. “Today we have the pandemic that is preventing us from having gatherings and we have the (protest) situation in Minneapolis. We dance as a prayer for everyone. In a sense, that’s how we pray.”

The cancellation of local powwows is one of the ways North Dakota is impacted during the summer of 2020 on a local level due to COVID-19. Some large events such as the annual Norsk Hostfest in Minot have been canceled for the summer, while others like the Medora Musical will go on with increased precautions.

Tourism in North Dakota is also expecting a hit due to the closed Canadian border and general limits on travel this summer throughout the country. According to research conducted by Longwoods International, 69% of American travelers are changing their summer travel plans due to the pandemic.

Sara Otte Coleman, director of tourism and marketing for the North Dakota Department of Commerce, said the department “did kind of retool our marketing” to encourage dollars spent closer to home.

The North Dakota Tourism Division launched a campaign at the beginning of 2020 encouraging North Dakotans to “follow your curiosity, not the crowds”. Otte Coleman said this was to urge North Dakotans to explore recreational opportunities within the state that they hadn’t before in place of a typical trip outside the state.

Some of the encouraged activities include mountain biking on trails such as the Maah Daah Hey Trail in the Badlands and taking day trips to some of North Dakota’s lesser-known local recreational opportunities.

Otte Coleman said the state lost $428 million in visitor spending between March 15 and May 15. A large part of visitor spending for North Dakota typically comes from Canadian tourism, which has been halted by Canada’s closed border.

“Having the border closed has definitely been a bummer for us,” Otte Coleman said. “The win for us would be if we can differentiate ourselves as a safe alternative for visitation for this summer and fall.”

In some parts of the state, the summer is already booming with North Dakotans visiting local destinations instead of traveling out of state. At Lake Metigoshe State Park, Park Manager Bill Demming said the area has seen a large uptick in guests compared to last summer.

The park opened up for full service on May 21. For the next three weekends, every campsite and almost every cabin has been reserved, Demming said.

“It’s pretty much unheard of that every one will be rented this far out,” Demming said. “At least on the weekends, we’re experiencing quite the uptick.”

Some guests visited Lake Metigoshe early to quarantine in the area, drive through the park and use the trails that were still open. For extra precaution, Demming said staff at the lake have increased the amount of cleaning all facilities, and public restrooms are closed from 10 p.m. to 7 a.m. to allow for extra time to deep clean them.

Half of the picnic tables on the west side of the park have been removed to make room for social distancing and hand-washing stations. Traditional amphitheater programs at the park have been put on hold in place of safer activities such as a virtual egg hunt on Easter and scavenger hunts around the park.

“It’s really been very popular,” Demming said about the safe alternative activities that have been introduced. “We’ve had a lot of positive feedback on social media for providing these services.”

As the summer begins and North Dakotans start to explore the state, Otte Coleman said it would be a great time to discover new and different ways to safely have fun.

“Our communities are really taking a great approach to opening up some of the larger group functions using our ND Smart Restart protocols,” Otte Coleman said. “I feel really confident that visitors can enjoy the amenities they expect to.”