Many head to local gyms to keep busy & stay in shape 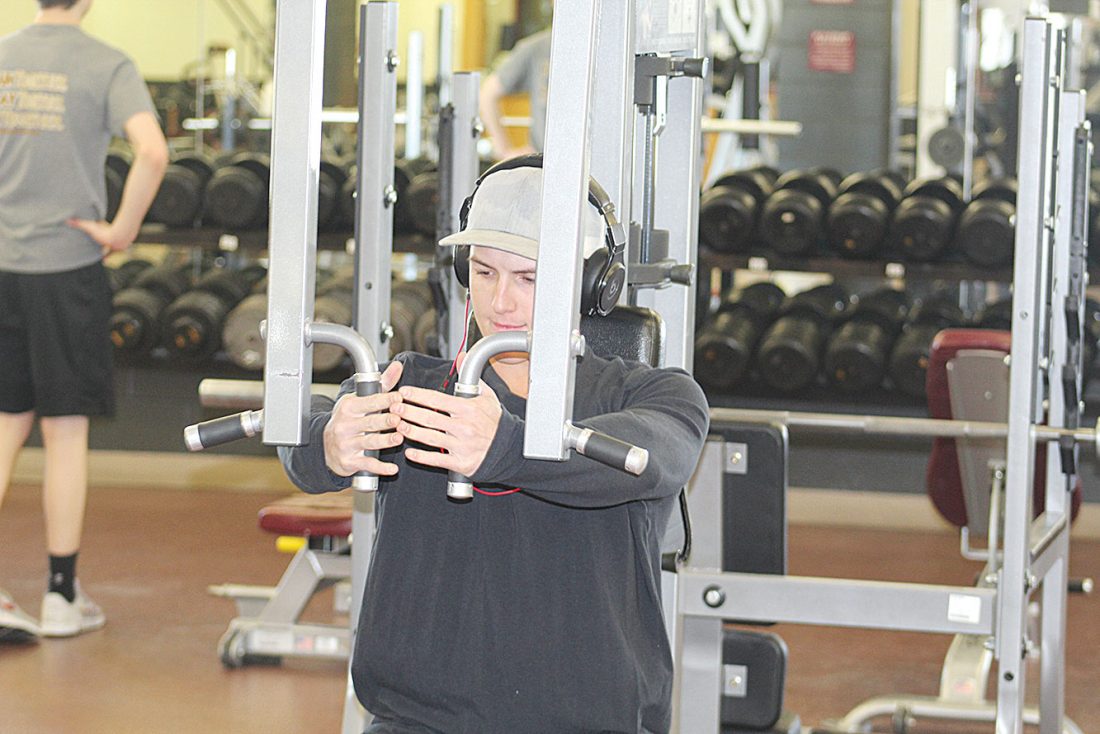 Brandon Carr/MDN Ethan Bahl works on his chest and arms on the Pectoral Fly/Rear Deltoid machine at the Minot Family YMCA.

The beginning of a new year is a fresh start for most. People use this time of year to improve their lifestyles – including by changing their diet and exercise routines.

Being open for three months, Planet Fitness has seen a lot of members come into the gym, especially after the holidays and starting off the new year. People are just finding out that the business is open and flourishing in the former Staples building.

“It’s cool to see the transition from an old and abandoned Staples to Planet Fitness,” said staff member Pamela Krenz.

Planet Fitness is not your ordinary gym. It comes with exclusive perks and amenities. For instance, there’s the black card spa that features deep tissue massage chairs, hydro massage beds, and tanning beds for $23.06 a month. They also offer the classic $10 a month non-committal plan for your everyday gym-goer.

“One of my favorite parts about the gym is seeing the same faces every day, making that connection with our guests. Not just saying hi and bye,” Krenz said. 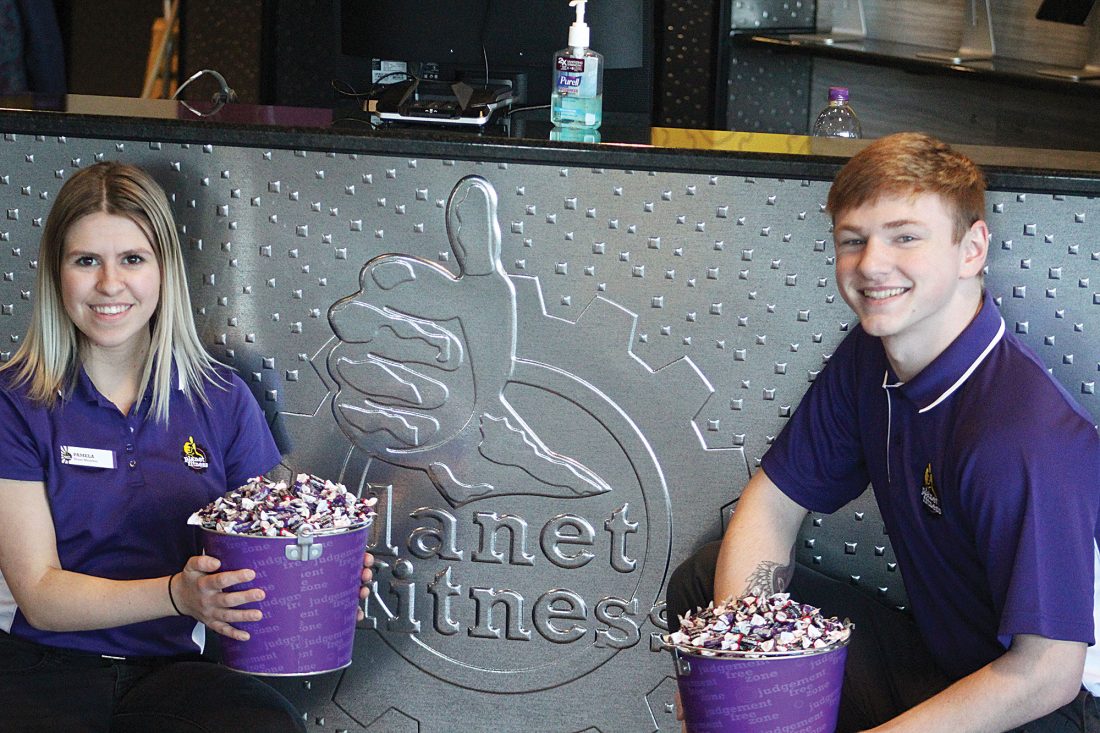 The fully staffed gym is open from midnight on Monday to 9 p.m. on Friday with Saturday and Sunday hours being 7 a.m to 7 p.m. If you’re curious about the service, they offer a free day pass for new customers which is available on planetfitness.com.

The Minot Family YMCA is also busy this time of year.

“During the winter months in North Dakota, there’s not a lot to do. The gym is the one place where people can get out of the house and have something to do,” said Cody Borud, the membership director for the YMCA.

In January, the Y has a unique 20 percent discount for those who want to keep their New Year’s resolutions intact. Prices range by age and membership size with the option to have your membership renewed every three to six months or yearly.

The outside temperatures last week were often below zero with nasty windchill factors, but the gym was full. 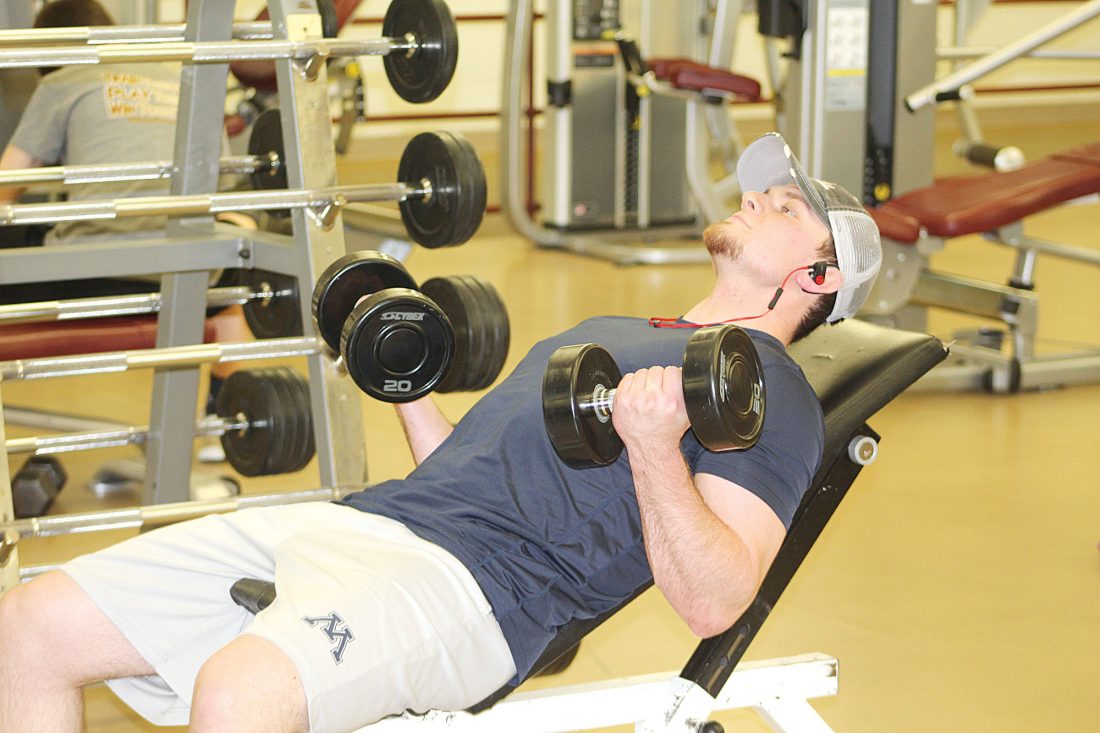 Borud said, “You would think frigid temperatures would slow people down in Minot, but it’s the one time where people are in the house with nothing to do. That’s when people are heading to the gym to stay busy and get in shape.”

The weight room was full of both men and women pumping iron in front of mirrors, with joggers on treadmills. Ethan Bahl, who after the holidays jumped to almost 200 pounds, set a goal to lose weight in 2020. Bahl was working on his chest and arms on a machine called the Pectoral Fly/Rear Deltoid. He was very excited to lose nine pounds thus far through exercising.

Bahl said, “It’s a mindset. Putting your mind into it is all it takes. You have to get out in this cold weather and do it. If you can make it through these frigid temperatures, you can do it anytime.”

On the other side of the room lifting weights were Brock Wherley and Liam Owens. Wherley had just finished a set of curls as Owens leaned on the weight bench. Both men had been chastising this newcomer to the facility because he wouldn’t lift weights with them. A YMCA staff member recommended talking to the two men.

“If you want our help, you must lift with us first,” said both gentlemen to the newcomer. Come on. You can at least do a few reps with us. We are helping you. So, could you help us stay in shape?” The newcomer dressed in work clothes politely declines to lift, but strikes up an agreement, substituting the curling of dumbbells with a set of 10 push-ups.

The crowd in the gym watches as the well-dressed personality hits the floor. Wherley and Owens count the reps as the man struggles to complete 10. After smiles and laughs from the crowd, with heavy arms, the gentleman continued with their interview.

“It’s a never-ending battle. You set and accomplish the small goals first, then set new ones to achieve. So, if you’re doing them right, you’ll never leave the gym,” said Wherley.

Owens adds, “We’re constantly looking for improvement. Once you see that little bit, you know that you’re making progress. It inspires you to take another step, do that extra rep. You know! Sun’s out guns out.”

The examples set by these two workaholics push other gym-goers. They have a college-type atmosphere surrounding them, making for a fun experience.

The goal set for many gym enthusiasts when dealing with frigid temperatures is that summer is around the corner. Meaning the more you want to be in shape. The colder the weather, the longer you want to stay in the gym.

Brandon Carr/MDN Ethan Bahl works on his chest and arms on the Pectoral Fly/Rear Deltoid machine at the Minot Family YMCA.

Trinity Health announced that Bonnie Mattern, a healthcare executive with more than 20 years of management ...