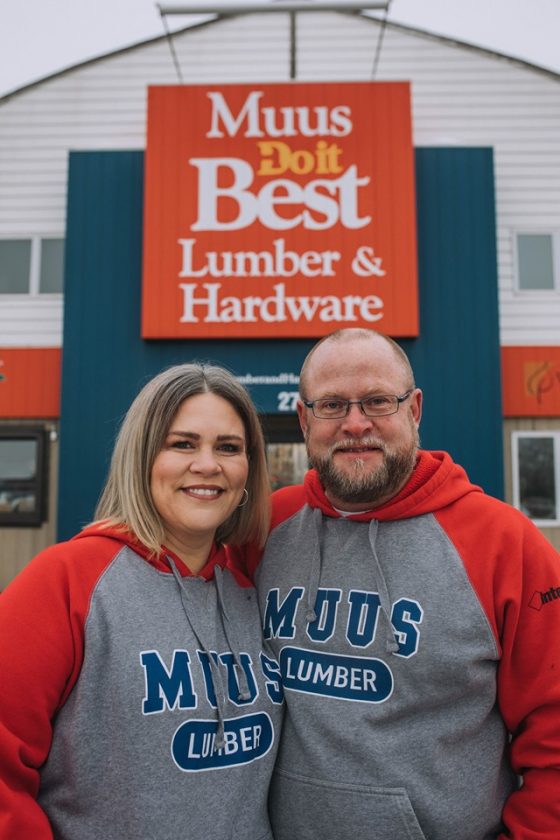 On Jan. 1, Pat Bailey and his wife, Wendy, became the new owners of Muus Lumber & Hardware. Pat Bailey worked his way up the ranks to achieve such success.

Muus Lumber initially started as the Great Northern Lumber Co., founded by Einer Muus in 1904. In its 116-year existence, the deeply rooted company has only had three previous owners.

“My wife and I are humbled to be a part of history – to legitimately become the fourth owners and to carry on the tradition of a locally owned lumber yard. We take great pride in the Muus Lumber name, the professional service, the quality products. We pride ourselves on our service and professionalism. Since 1904 Muus Lumber has done a nice job of that,” said Pat Bailey.

Muus Lumber has found a way to set itself apart from the competition. The products and services offered to the customer are next to none; their knowledge of the industry gives them a specific niche in the community. Throughout the years, big box stores and national chain corporations have popped up throughout the town, making for some competition, which is best for business.

“You can’t just rest on your laurels in this business. You have to keep thinking ahead. You have to be proactive instead of reactive,” Pat Bailey said. 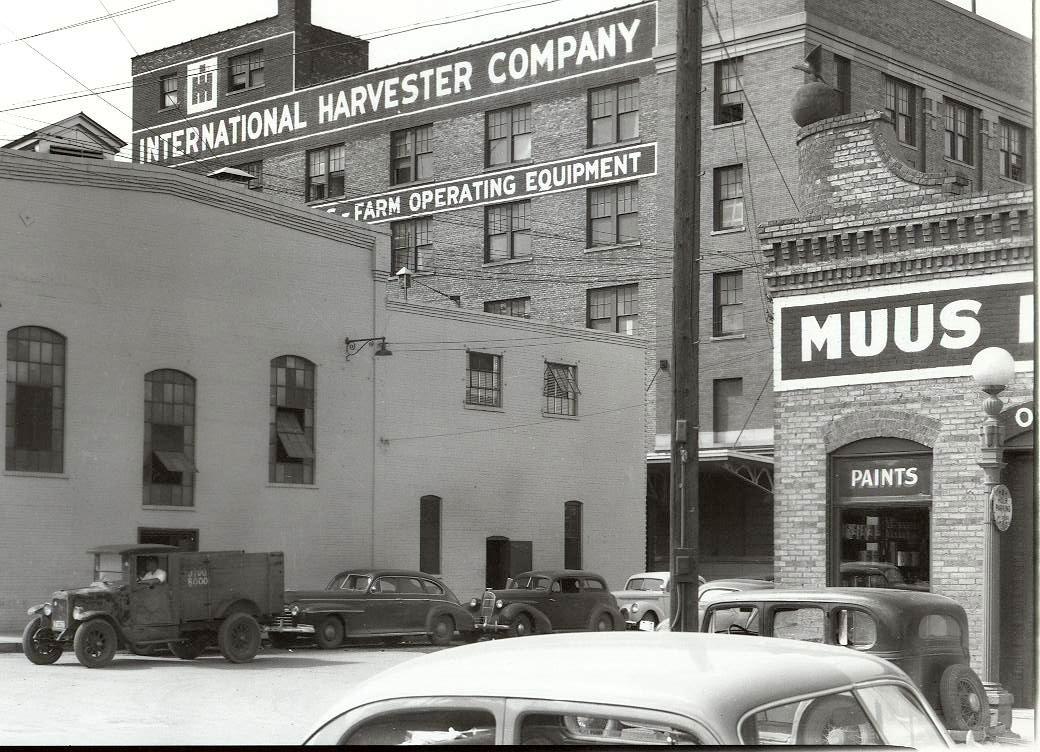 Submtted Photo Muus Lumber & Hardware is shown at its original location in Minot.

Bailey, a lifelong Chicago Bears and Cubs fan, is a native son of Minot who wants to see the city succeed. With its sense of community, family and culture, Minot is where he and his family want to be.

Hiring high-quality employees and building relationships with customers while gaining experience in the lumber industry are some of the keys to running a successful business. But how did Bailey get started?

It’s the year 2000. Pat is home doing yard work while Wendy is out shopping. Wendy Bailey enters Muus Lumber and strikes up a conversation with friend, then-manager Steve Heidrich. Heidrich is frustrated as the end of a long search for a bookkeeper is nowhere in sight. He can’t find the right candidate to help with payroll and accounting. Wendy suggests her husband, Pat, who has a background in accounting and administration.

A few hours pass, Pat is finishing his yard work.

“I turn around to empty my lawnmower to see Steve standing behind me. I ask, ‘What are you doing here?’ Steve responds, ‘I’m here to talk to you about a job,'” Bailey said.

The next day, Bailey went into his place of employment, gave his two-week notice, and the rest is history.

“I love my job. I’m passionate about the lumber business. The products that you put into building that house are always evolving. With the invention of new products, this business keeps you on your toes,” Bailey said.

The Magic City of Minot wasn’t always magical. In the early 2000s the town had a pre-oil boom and post-flood scenario. The flow of income moved at a rapid pace until the flood took down parts of the city, which caused deficits for a majority of families and businesses during the period.

“Minot had such an influx of business before the 2011 flood. The biggest hurdle to overcome is staffing when your business explodes exponentially, but then making those cutbacks, be it staff and inventory. Over the past three years, the business culture has been an even keel,” Bailey said.