On Wednesday, President Trump signed legislation in support of Hong Kong’s pro-democracy protestors, a move that is angering mainland China. The Chinese government is accusing the United States of meddling in its domestic affairs.

While the legislation doesn’t make any firm commitments, there is concern that the United States could levy sanctions against the Chinese over their treatment of Hong Kong, a former British colony that is now under Chinese control.

For farmers, this latest diplomatic dust up is a concern, as maneuvers around the Hong Kong question could interrupt the trade deal that Presidents Trump and Xi have been working toward.

As a result, corn, soybean, and hog prices all fell to new low levels on Wednesday on fears that exports to China will continue to be constrained by the ongoing trade war.

Markets stabilized Friday after taking a break for Thanksgiving, with March corn and January soybean futures trading for $3.82 and $8.80 per bushel, respectively, while February lean hogs fetched 68.5 cents per pound.

Even as the calendar flips to December and people turn up the heat, natural gas prices are tumbling lower. Natural gas is the primary heating fuel for many Americans, and its price is especially sensitive to heating demand.

The market is under pressure as supplies are ample going into the heating season, and forecasts are expecting a generally mild winter. Adding to the bearish picture, U.S. natural gas production is booming and recently hit a new record high level.

As a result, prices have been sinking, with January natural gas futures falling Friday to a new contract low, trading under $2.35 per million British thermal units.

Low prices for the fuel have incentivized new demand over the past decade, with an increasing use of the fossil fuel to power vehicles or in power plants instead of coal, but the rising demand hasn’t matched gas drillers’ capability to produce large volumes of cheap fuel.

The best hope for higher prices now seems to be exporting natural gas, but that process has been slowed by high investment costs and long delays to build pipelines or facilities to liquify the gas. 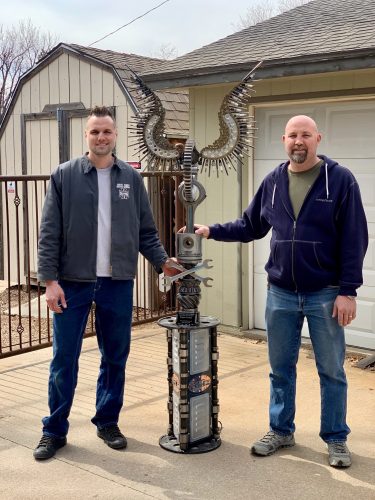