VELVA — A Velva grocer has been recognized for his involvement in community and civic affairs and dedication to the North Dakota Grocers Association. On Sept. 9, at the NDGA Annual Convention, Shawn Vedaa was awarded the National Grocers Association Spirit of America Award.

The award reads: “In recognition of your active and effective participation in government affairs to preserve and foster the principles of free enterprise, and as a strong and effective advocate for the independent food distribution industry.”

Vedaa, a state senator in Dist. 6, knew about the award and had known other grocers that received the award but wasn’t expecting that he would be one of them.

“I was caught off guard, I didn’t really know anything about it and I just happened to get it so it’s pretty cool,” Vedaa said.

Vedaa has been involved with the North Dakota Grocers Association a majority of his adult life and he’s seen others get recognized.

“I didn’t think it was anything I would’ve ever qualified for,” Vedaa said. “It means the world to me, it really does.” 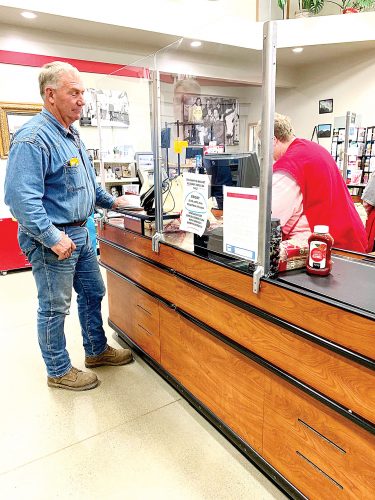