Saluting a business built from the ground up

Cal-Dak Cabinets closes after 44 years of business in Minot 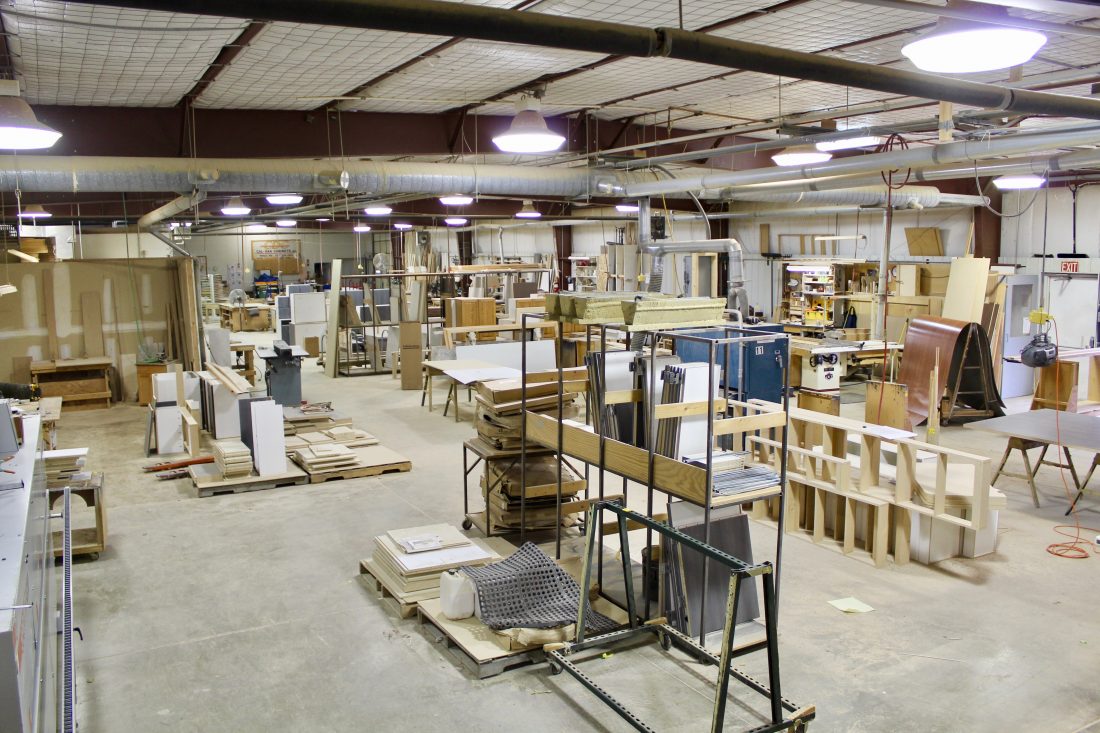 Ashton Gerard/MDN Items in the shop are going up for auction through Oct. 17. Cal-Dak manufactured their own products in Minot in the shop located off the U.S. 83 Bypass.

A teary-eyed Gary Price pointed to different push pins stuck in a map that highlighted the places he had been with the business he built from the ground up, Cal-Dak Cabinets Inc. Now, after 44 years servicing Minot and beyond, the business is closing its doors.

“It’s sad for me,” Price admitted. “This is probably one of the most difficult things I’ve had to deal with.”

When Price was a child, he learned to weld and was always making and innovating. His father owned an automotive shop in California where he gained some knowledge and skill.

“I was always able to do things with my hands,” Price said. “When I went to high school, they had wood shop so I took wood shop… and when I was in the military, most military installations would have wood hobby shops so I would go over there and kill time.”

With a small shop on the farm, a $2,500 business loan and a U-Haul full of used machinery, Cal-Dak Cabinets officially began as a part-time business in October 1975 after apprenticing under German cabinetmaker Otto Baumgartner and still working for Minot Woodworks.

While part time, Price would focus on smaller projects like gun cabinets and vanities. In February 1977, Cal-Dak went full time and began doing kitchens and larger projects. Following the Williston oil boom, Cal-Dak opened a showroom and paint store in Williston to service the contractors in the area.

“In the mid-80s, we started work for Flying J,” Price said. “We did Flying J in 26 states and traveled all over the country.”

Cal-Dak was asked to bid on a job for Flying J while they were in Williston and ultimately got the job. The project manager liked their work and asked them to do other Flying J’s around the country.

In the ’90s, Minot Woodworks ceased operations and, with a soft spot in his heart, Price hired some of their employees. In 1997, Price moved the shop off the farm to a spot off the U.S. 83 Bypass at 2410 30th Avenue NW.

The business was hit with an embezzlement in the early 2000s that almost forced Price to walk away back then.

“We just about had to close the doors then,” he said. “We redid our business plan and started marketing ourselves nationwide and we were starting to be specified in projects as far away as Miami, Florida.”

Price invested in a semi truck and personally trucked their products across the country. He said at this time he was able to closely monitor the condition of the product leaving the shop and was able to make changes to better their products. The business also had the opportunity to do four different projects in Kofu, Japan.

In 2011, Price turned over management of the company to his daughter and her husband so that he could retire. They did operate the business for a while but ultimately it was decided the business wasn’t something they wanted to pursue anymore.

“You always wish you can pass down a business just like passing down a farm,” Price explained. “This was 44 years of my life and we started it from nothing. I’m proud of what we’ve accomplished.”

Price reflected on his career and the places he was able to take Cal-Dak Cabinets. When asked to pinpoint his proudest moment, it was the largest project they were able to accomplish that came in at just under a million dollars.

“The reason we’re closing now is because it’s difficult to find skilled employees or even any young people that want to take up the trade,” Price said.

Some people may question why Price isn’t just selling the business, but through his research he found that finding a business broker and going forward to sell the business as a whole could take three years. Now, to be able to sell the equipment, Price is using an online auctioning service due to the specialization of some of the equipment.

“I didn’t feel that we would draw the amount of people that would be interested in the equipment here,” Price explained. A lot of the equipment would be too big for a hobbyist to pick up and keep out of their garage.

The auction is open from Sept. 30 to Oct. 17 and can be found at http://machinerymax.com/.

With a clenched jaw and holding back tears, Price reflected on how the people in Minot made Cal-Dak Cabinets possible.