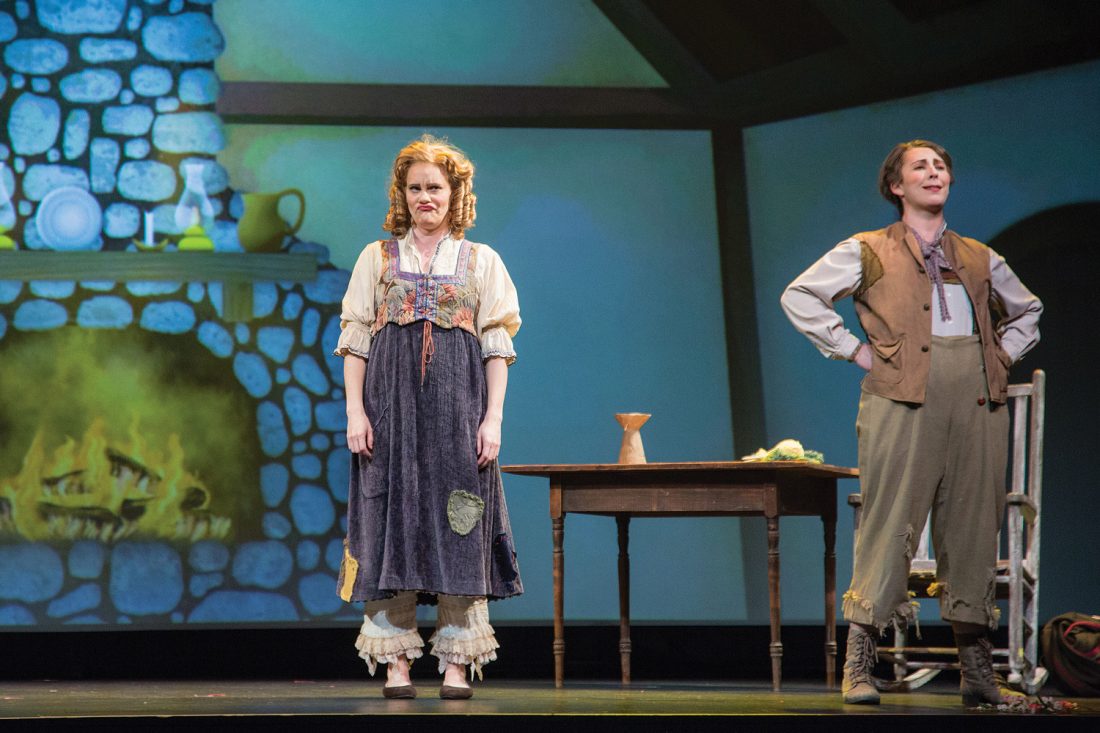 Learning to love something that a person may not have liked before is an interesting feeling. Joann Martinson Davis felt that way about opera while she was in college.

In her five years at Minot State University, she studied voice to be a singer. The MSU music program focuses on classical music. Due to that limitation, Davis said she hated opera at first. It was not something she grew up listening to. As she continued her studies, she learned to love classical music and thought to herself, “Hey, I think I can actually do this.”

Davis learned a lot about opera and talked to people who sang for a living. With the input she received, the path of opera was one she wanted to try to go down to see if she could actually do it. At first it was out of her comfort zone, but she sang until it actually became her comfort zone.

In 2002, she auditioned for the part of Barbarina in “The Marriage of Figaro” opera that was being put on by Western Plains Opera. It was the first principle role she had, and since the part was soprano, it fit Davis well. Despite the role being small, she had a lot of fun with it.

With a bachelor’s degree in hand, she took a break to see if singing was something she could live without and make sure that was what she wanted to do in life. Opera had become such a large factor in her happiness that she knew it was something she couldn’t live without. She missed it a lot. “If there are things that you miss, sometimes the feeling of missing it just goes away. You forget about it. But that was not the case with singing for me.”

The next step in life was graduate school. One of the voice teachers at MSU was from Greensboro, N.C., and told her about the University of North Carolina at Greensboro. To be sure it was the college for her, Davis looked into the faculty and the campus. An opportunity to audition presented itself and she landed a spot in their graduate program. “It was a great experience,” she said. “I was attracted to the people and the building, and it all just fell into place after that.”

Her master’s degree was in hand two-and-a-half years later and she stayed in North Carolina for another five years, singing in operas. She met her husband and moved to Louisiana where he now has a music teaching position at a college as a multiple woodwind specialist.

He’s her biggest fan, in addition to her family and friends. Davis said her husband has been extremely supportive over the years with her singing career. He asks her to sing for him, but he usually ends up singing for her instead.

“Music is a lifestyle” for the couple, both being involved in the music scene to make money. They understand and support each other, knowing what the other spouse is going through.

Davis grew up around music, just not opera. She played in band starting in fifth grade. “We barely had a band. There were maybe 15 people in it.”

She also sang in choir starting in seventh grade. She and one of her friends got special permission at the request of the music teacher to start choir earlier than high school. In choir, she played the piano when she wasn’t needed to sing. The teachers at Rolette High School weren’t as adept at playing the piano for band and choir, so Davis was the “resident pianist.”

The English teacher would have students audition for school plays. They were just plays, though, not musicals. “There wasn’t anything that would put them together,” Davis said of the choir, band and plays.

In “Hansel and Gretel,” Davis plays the part of Gretel. She said Gretel fit her best, as it’s in her soprano voice range. It is a very active part and she said she is a very active person anyway. There’s almost always something happening on stage. “It’s relatively low stress to be managing all that.”

Western Plains Opera contacted her about the part, she accepted and traveled back to her home state for two weeks while she and the rest of the cast rehearsed. She had never worked with anyone in the cast before. They were just thrown together and in the course of two weeks, they became something of a family. Everyone gets along and they are very supportive of each other.

She had played the part of Gretel four or five times before with other operas.

Most operas go a number of years before doing the same production again so it “stays fresh” and could potentially be played for a completely different audience. If a company does a particular production too often, people stop going because they already know what’s going to happen or they just get bored of it.

The one being done by Western Plains Opera has Hansel and Gretel’s biological parents in it and it’s also much more upbeat than some other portrayals of the story. Some may be dark and follow the original story by the Brothers Grimm that was published back in 1812.