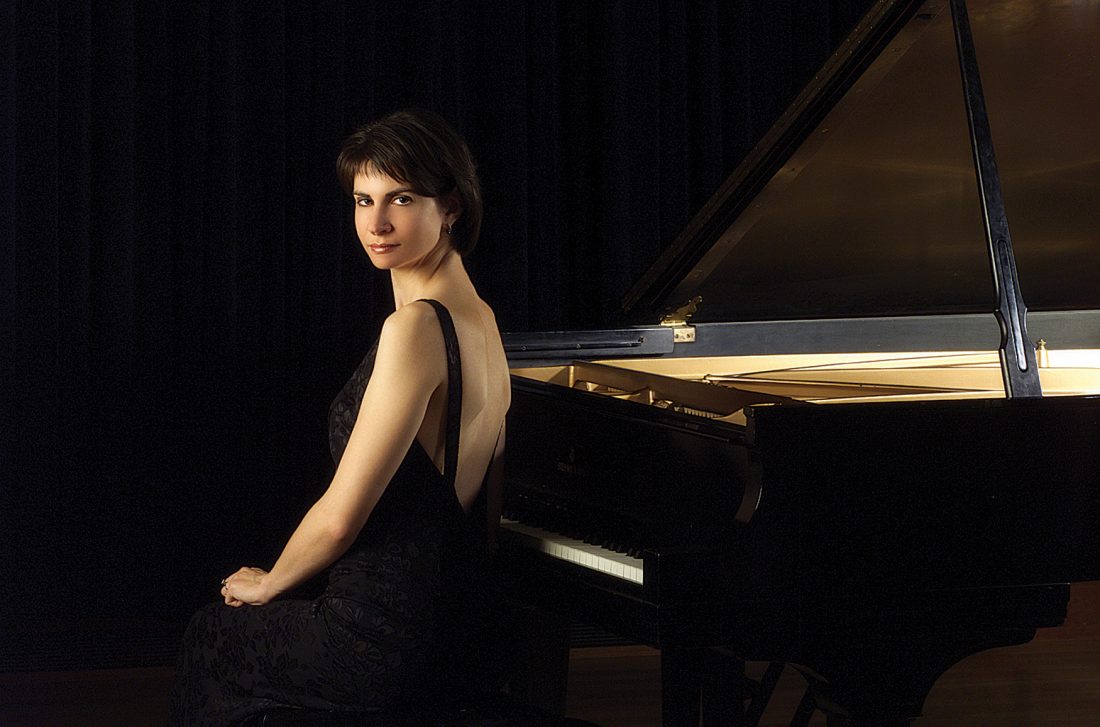 Explore three of the most well-known pieces in the Russian repertoire, including “Festival Overture” by Shostakovich, “Symphonic Dances” by Rachmaninoff and Tchaikovsky’s “Piano Concerto No. 1” featuring Ukrainian-American pianist and Steinway artist Marina Lomazov.

“For our second concert I have planned an old Russian program. I’m thrilled to have virtuoso pianist and my good friend Marina Lomazov joining us, performing probably one of the best-known warhorses of the Russian Piano repertoire, Tchaikovsky’s ‘Piano Concerto No. 1, ‘ “ said music director Efrain Amaya in a press release.

For 17 years, she served on the faculty of the University of Southern Carolina School of Music, where she held the chair of Ira McKissick Koger Professor of Fine Arts Music and currently holds a guest artist residency. Together with her husband and piano duo partner Joseph Rackers, she co-founded and serves as co-artistic director of the Southeastern Piano Festival in Columbia, S.C. Lomazov has established herself as one of the most passionate and charismatic performers on the concert scene today.

“Yes, Marina Lomazov certainly did play Tchaikovsky’s ‘Piano Concerto No. 1 in B minor,’ but she did so much more. She breathed life and passion into the music’s very existence, digging deep into the marrow of its musical bones … She practically set the piano afire in the Allegro con fuoco of the third movement. She played with high drama and strength that threatened to overpower the entire orchestra. Mix astonishing technique with perfect accuracy and impeccably satisfying musicality. That’s the way Marina plays Tchaikovsky.” – Greg Barnes, The Free Times (Nov. 17, 2014).

A pre-concert talk, which is perfect for newcomers, experienced listeners and anyone in between, is presented one hour prior to the concert and is free with a concert ticket. The talks will provide an engaging overview of the works being performed, talk about the story behind the music, the composer and historical context.

The symphony will partner with The Spot for beer and wine beverage service for patrons age 21 and over before the concert as well as during intermission. Funds raised will be used to support future symphony programming.

The symphony will collect winter gloves and socks to be donated to the Minot Area Men’s Winter Refuge at the concert. The refuge provides year-round service and shelter from Nov. 1 to April 30.

Tickets are available at minotsymphony.com or through the box office at 858-4228.

The Minot Symphony Orchestra is a unique blend of student, community and professional musicians from the Minot area. The symphony is directed by Maestro Efrain Amaya, assistant professor of music at Minot State University.

This project is supported in part by a grant from the North Dakota Council on the Arts, which receives funding from the state Legislature and the National Endowment for the Arts.