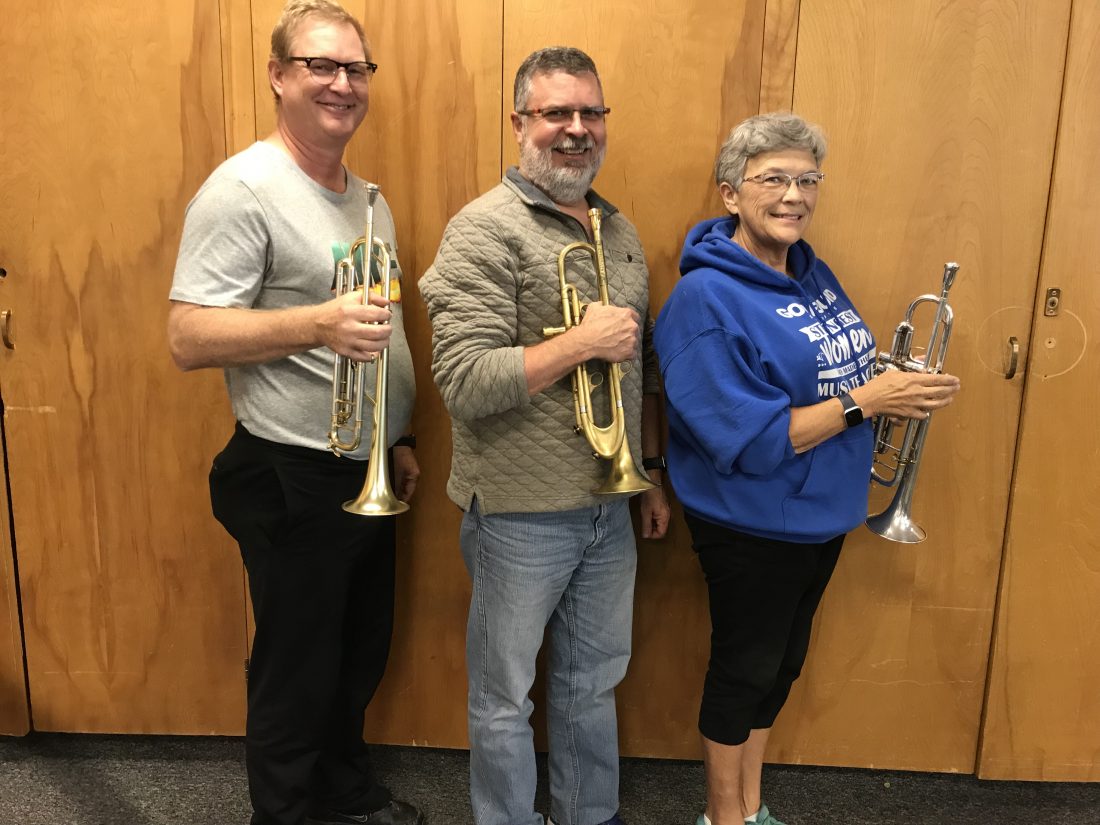 The Brass Band of Minot will open this season with a concert titled “October Brass Fest” at 4 p.m. on Sunday, Oct. 6 at Minot State University’s Ann Nicole Nelson Hall. The Brass Band of Minot is North Dakota’s only British-style brass band and provides audiences with the opportunity to experience the unique brass band sound through a variety of different styles of music. The band is directed by Gordon Troxel and consists of brass and percussion players from Minot and other communities in northwest North Dakota who share a love of brass band music.

The concert will open with Kenneth Bray’s magnificent fanfare, “A Ceremonial Occasion” followed by Philip Sparke’s touching arrangement of “Hymn to the Fallen,” written by John Williams for the movie “Saving Private Ryan.” The band will feature cornet players Pat Schwan, John Witteman and Marcy Witteman in James Curnow’s light “Cornet Caprice.” “Nobles of the Mystic Shrine,” a march written for the Ancient Arabic Order of the Nobles of the Mystic Shrine or “Shriners” by John Phillip Sousa, himself a member of that philanthropic organization, will follow. The mellow melodic tones of the fluegelhorn, as played by Pat Schwan, will be showcased in Alex North’s “Unchained Melody.” A fluegelhorn is a larger, darker sounding, relative of the cornet. While it always plays an important roll in British-style brass band music, this piece really gives it a chance to shine. The band will crank it up for “Sing, Sing, Sing,” Louis Prima’s rollicking big-band-style swing masterpiece and conclude with Alan Catherall’s arrangement of John Barry’s inspiring “Born Free” from the classic 1966 film.

The Brass Band of Minot’s 2019-2020 season will include concerts on Oct. 6, Nov. 10, Feb. 16, and March 29. All the performances will be at 4 p.m. at Ann Nicole Nelson Hall. Brass Band of Minot concerts are free and open to the public though cash and check donations are very welcome.