Styx enjoying ‘The Best of Times’ 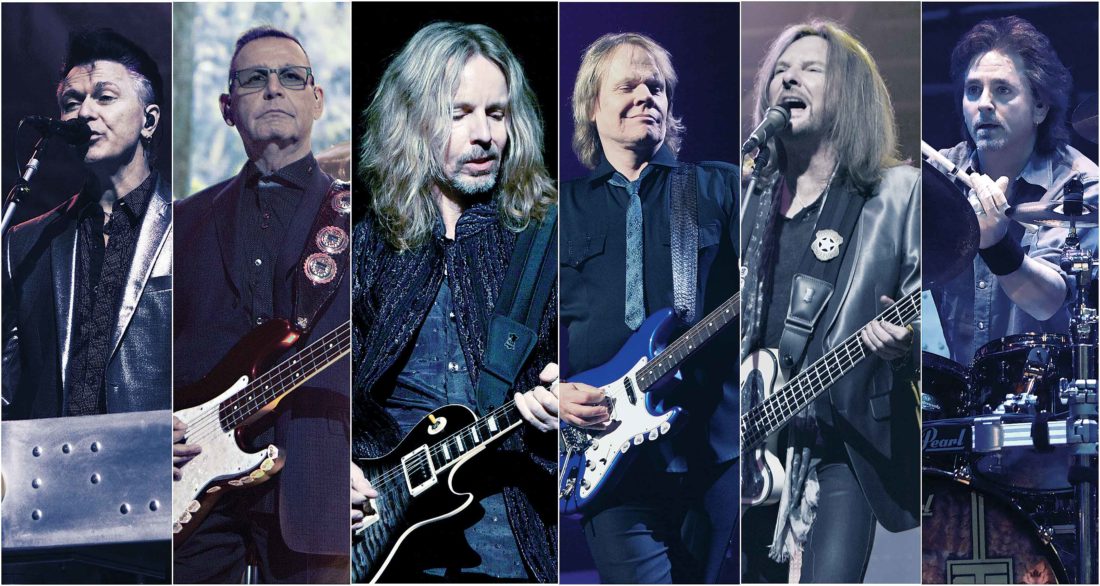 For Lawrence Gowan, there is a moment onstage at every performance he and his bandmates give when the enormity of the situation strikes him.

“It’s during ‘Renegade’ … always toward the end of the song,” Gowan said. “I don’t sing on that song so I feel like I am in the catbird’s seat. I see the audience. We’ve played all over the world. But as diverse as an audience might seem at the beginning, by the time you get to ‘Renegade,’ even if we’re in Japan, the audience acts as if it’s Pittsburgh. Same in Sweden. You can’t help but realize the magic in music … its impact on people.”

Gowan’s experienced that moment hundreds of times now. For almost two decades now, he has been keyboardist and vocalist for classic rock icon Styx, who perform at 4 Bears Casino & Lodge at 7 p.m. Saturday.

Gowan was already an international rock success when he was recruited to join the legendary Styx lineup. The Scottish-born Canadian has been a fixture in the Canadian music scene since the ’70s, pairing his classically trained piano skills with progressive rock influences, a penchant for storytelling in his work and a degree of charismatic showmanship. As both a solo artist and with several groups through the 1970s and 1980s, his inspiration from prog rock fixtures such as The Kinks, Genesis, Queen, etc., manifested as if mana in that rock era. Gowan’s popularity and flexibility led him to open for, perform with and rub shoulders with the rock gods of the era. He recorded his second solo album in Ringo Starr’s house, which had previously belonged to one John Lennon.

Still, when the call came about joining Styx, it was half surprise and half synchronicity. “I’d seen the band and did shows with them in the past,” Gowan said. “It’s funny, I’d made an unusual remark to some friends – something about the spirit of the band being more than I had expected. If I was ever in a band, I said, I’d fit with this one.”

More than a year later and after a brief, friendly exchange with Styx percussionist Todd Sucherman in England, Gowan said he had a memorable discussion with his agent. “She told me that while I was established in Canada and had a good following in England, that I was at the point at which a band would want me to join,” Gowan said. “I thought that was odd, because I was so established as a solo act. I just didn’t see it.”

Shortly thereafter, Gowan’s phone rang. Tommy Shaw, longtime lead vocalist and guitarist for Styx, was on the line. “I thought they were going to ask me to open for them, but they asked me to join the band. I was knocked out! Here’s this legendary band and they want me to be part of this? You know, I really did think that it was quite an honor. But I honestly also thought – and I am not bragging here – I thought that I could see it working.

“I can’t say I was intimidated,” Gowan continued. “It was more like I wanted to live up to their expectations.”

Gowan joined the band at a critical moment as the ’90s were coming to a close. Also influenced by progressive rock – from Moody Blues to David Bowie in distinct ways – Styx had already enjoyed a run that extended from humble roots in 1972 to becoming the quintessential stadium rock band in later years. Styx music has long been astonishingly diverse, with equal parts rock ditties with incredible hooks and notable musicianship and art-y, thoughtful, narrative driven tracks reminiscent of Bowie, The Beatles and even Pink Floyd. Styx could roll out feet-pounding stadium hits just as easily as they could meditations on the mystical, the personal, the societal. Guitarist James Young’s aggressive, hauntin lead vocals on “Snowblind,” a dark look at cocaine addiction, encapsulated the experiences of countless artists and everyday citizens in its era. The 1983 album Kilroy Was Here might have been perceived by some as a MTV-era album-oriented rock standard, but it was actually a prescient look at a dystopic future where automation and the suppression of human expression spawns a revolution.

Styx took over the classic rock world after Shaw joined the band. Most of their subsequent releases throughout the late ’70s earned at least platinum certification (1976’s Crystal Ball, 1977’s The Grand Illusion, 1978’s Pieces of Eight, and 1979’s Cornerstone), and spawned such hit singles and classic rock radio standards as “Come Sail Away,” “Renegade,” “Blue Collar Man” and “Fooling Yourself.”

The band’s first release of the ’80s would be a concept album, 1981’s Paradise Theater, which was loosely based on the rise and fall of a once-beautiful theater (which was a metaphor for the state of the U.S. at the time – the Iranian hostage situation, the Cold War, Reagan, etc.). Paradise Theater became Styx’s biggest hit of their career (selling over three million copies in a three-year period), as they became one of the U.S. top rock acts due to such big hit singles as “Too Much Time on My Hands.” It also marked the first time in history that a band released four consecutive triple-platinum albums.

Still, ballads were an integral part of Styx’s success. “Lady” brought the band its first greater market awareness in the early 1970s, and “Babe” was in power rotation in the early 1980s. While band members historically all contributed vocals, original member Dennis DeYoung was perhaps best known for some of Styx’s softer sounds. It was DeYoung’s departure that opened the door for Gowan to join the band.

Gowan’s skill set, from his master piano work to his melodic voice and his natural on-stage chemistry, fortunately mimicked much of DeYoung’s.

“It was flat out luck,” Gowan said of the seemingly perfect match with the band’s needs. “Tommy [Shaw] said, ‘You just fit.’

“What followed has been a success … we acknowledge that Styx is only as good as it is because of chemistry,” he continued. “What we are today is a result of all of our members over the years. I only want to expand what’s been laid down.”

Gowan said that when he joined the band, he had no idea he would still be there almost 20 years later, playing to packed houses all over the world. Styx has played more live dates since 1999 than all of its previous years on the road combined. Two Super Bowl appearances, Pollstar Box Office chart-topping tours with Def Leppard, Foreigner, Journey, Boston, REO Speedwagon, and Bad Company (to name only a few), two more studio albums – has kept the band busy and in the public eye.

While Gowan expected his tenure with Styx would be a short one as the band and its original fan base aged, something unanticipated happened. Young people started to fill seats. “You know how you always see things in hindsight? Consider that in music, the last half of the 20th century, the biggest statement was rock. That means that classic rock bands can put on a show and it’s something more … it’s iconic. But we didn’t see it at the time, because Pete Townsend said we’d all be dead by 30. Ha! Today, on an average night, half of our audience is under 30.”

The influence of Styx’s music isn’t the only thing that prompts Gowan to take a moment onstage. There are, of course, his famed colleagues. “You know what? I am just as entertained as the audience when I look across the stage at these guys. It’s quite something. In the beginning, I thought if we could squeeze five more years out of the band for audiences, that’s great. But then, classic rock was discovered by a new generation. That’s why there has been this extra 15 years.”

There is no end in sight for Styx. A new album of fresh material, The Mission, is scheduled for release this year and both it and a single, “Gone, Gone, Gone” are already inspiring talk among fans and in the industry. In the meantime, Styx brings its beloved playbook and a four decade reputation as one of the most acclaimed live performance rock bands in history to New Town this weekend.

“The audience will see a band made up of guys definitely not acting their ages,” Gowan said. “We want to put all of our energy into providing an epic Styx experience.” 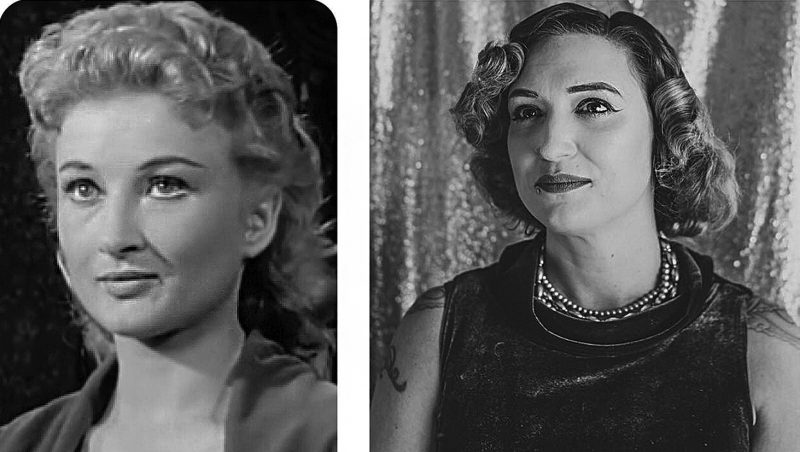 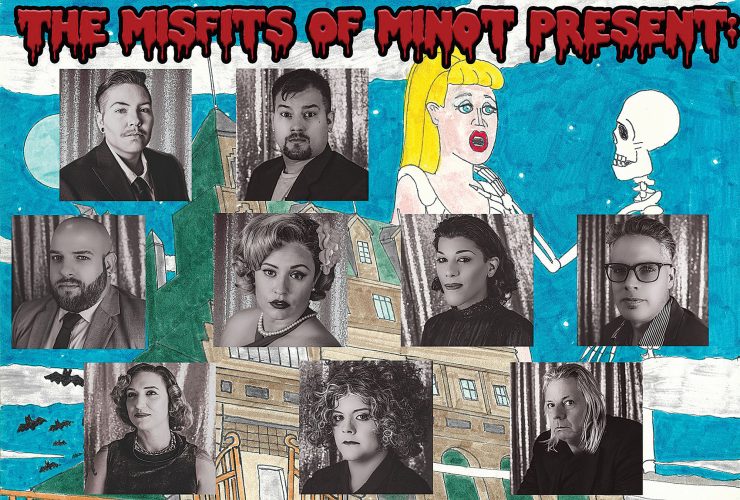 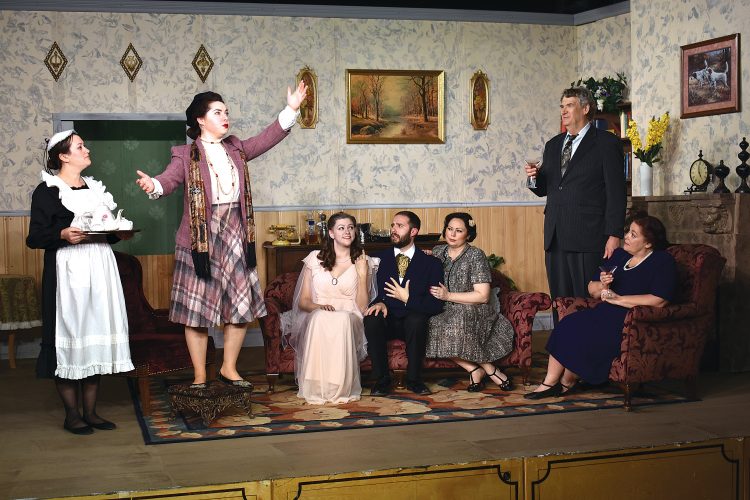 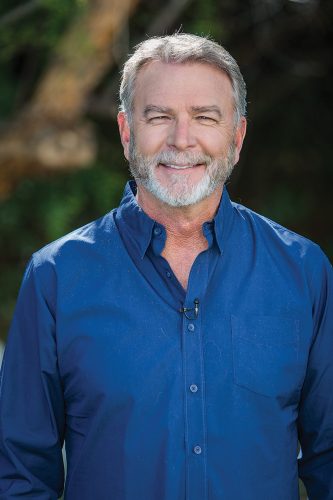 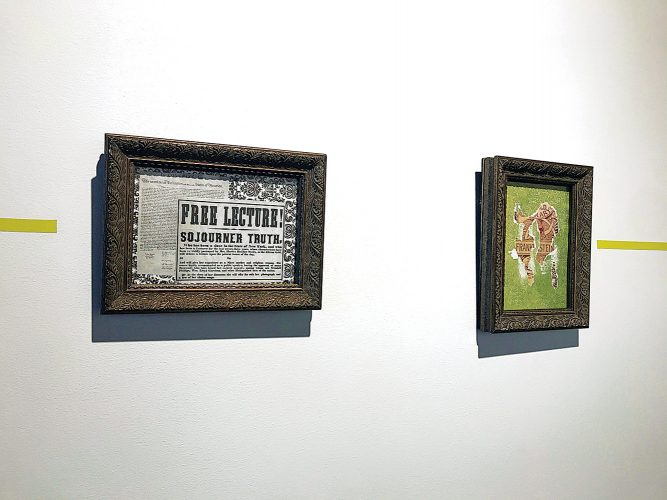 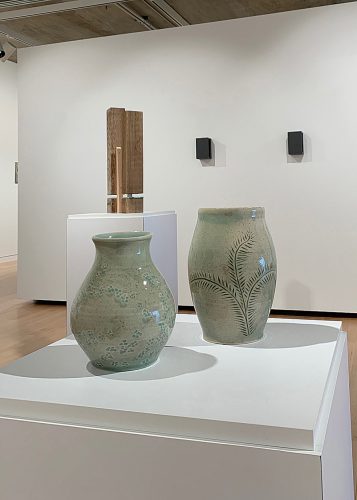