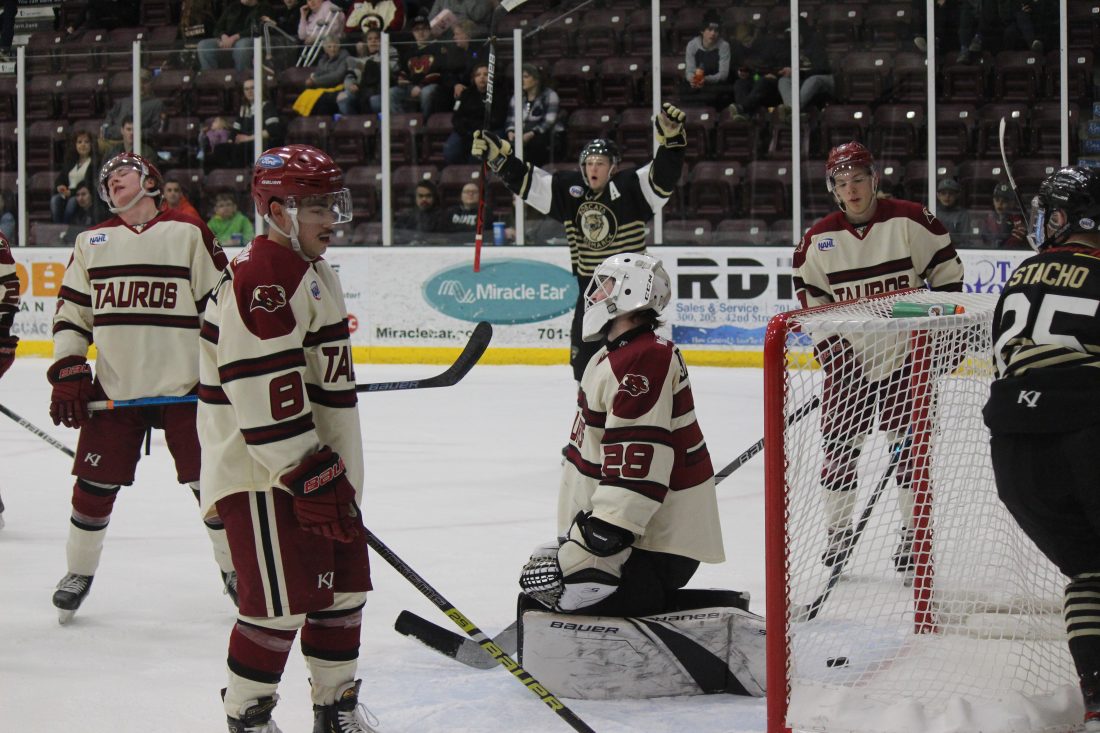 Alex Eisen/MDN The Minotauros react after giving up a second goal to the Bismarck Bobcats on Wednesday evening at Maysa Arena. Bismarck won 4-1.

The third-smallest crowd of the season at Maysa Arena, with 898 spectators, weren’t given much to cheer for Wednesday evening.

The Bismarck Bobcats (32-12-8) hushed a typically raucous environment with a 4-1 road win over the Minotauros (27-16-7). A minor setback for the Minotauros ongoing push to make the NAHL playoffs.

“It’s hard to win this time of year when you don’t have everybody going,” Minotauros head coach Marty Murray said. “Our execution wasn’t there, and it just wasn’t good enough for this time of year.”

The Minotauros were outshot 11-1 in the first seven minutes. That included an early goal from Bismarck skater Sam Martel, who was stationed in front of the net unmarked.

“I thought our first two shifts were really, really good,” Murray said. “We skated and created a lot of chances. Then, they had a stretch there where you look up, and they had 10 shots on net — some of those were rollers in there. But, at the same time, it shows you where the puck is.” 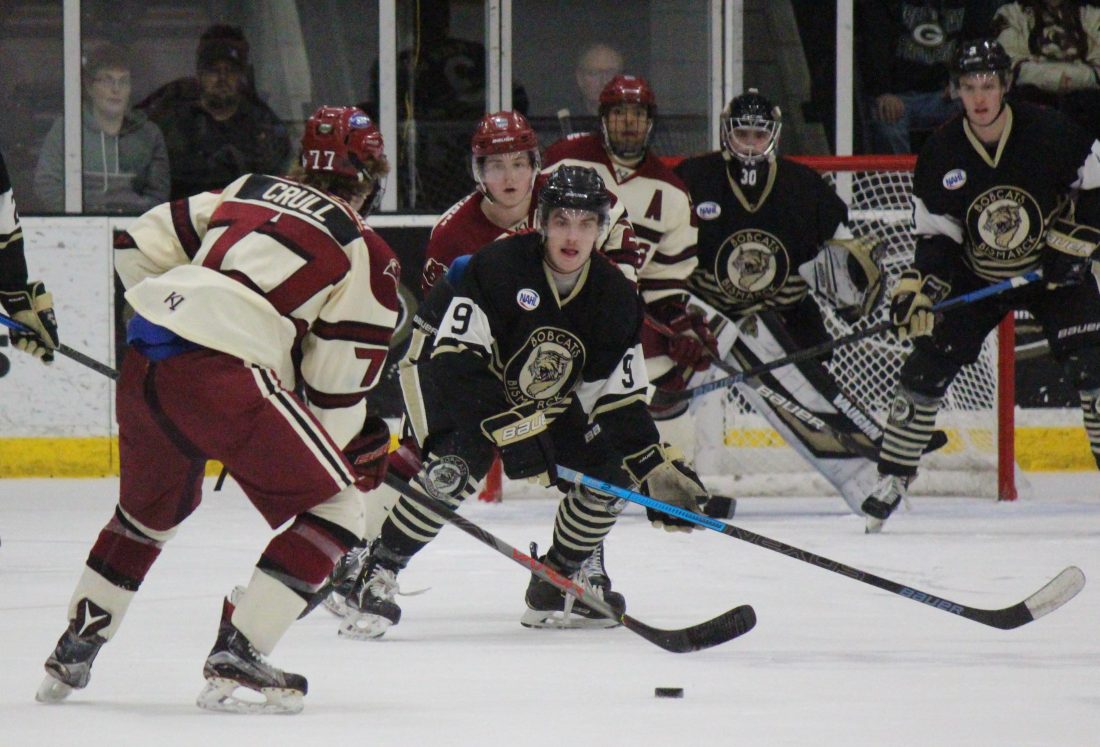 Alex Eisen/MDN Minotauros defenseman Will Crull (77) lines up a shot from the blue line Wednesday against the Bismarck Bobcats in Minot.

The Bobcats added a second tally from Tim Piechowski to lead 2-0 after the first period.

“We had a number of guys who couldn’t find their game tonight,” Murray said. “When you are playing with six or seven guys, it’s impossible to win at this level.”

The Minotauros couldn’t get anything going in the third period, and gave up an empty-net goal to Will Hillman for his 20th goal of the season.

The remaining crowd at Maysa Arena was relatively silent for a majority of the third period.

“There were still more people cheering for us than there was for them,” Murray said about the lack of crowd noise being a factor. “(Bismarck) found a way to get energized. That, to me, is an excuse for losers, and there is no excuse. It’s crunch time for us, and we didn’t do enough to generate offense. It was a disappointing effort.”

The Bobcats outshot the Minotauros 34-28. Minot goaltender Ben Garrity made an even 30 saves.

The Minotauros travel to Minnesota this weekend to face the Austin Bruins on Friday and Saturday. Puck drop at 7:05 p.m. both nights.

“We have to (regroup) going against a good Austin team in their barn,” Murray said. “This time of year is for men, not little boys. We will see who is going to ramp it up and be better.”