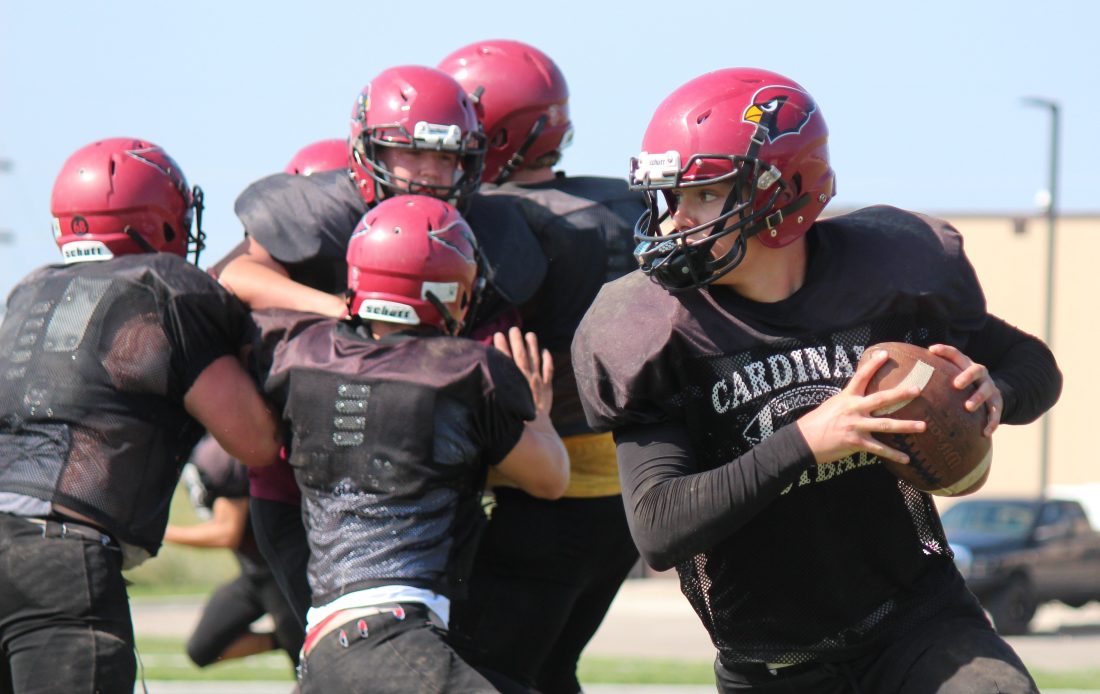 While other high school football programs around the state are struggling to bring in enough kids to field a team, the Nedrose Cardinals continue to grow and expand.

The Class A, Region 3 program located on the fringe of southeast Minot enters its third full season of playing varsity football.

No longer the new kids on the block, the Cardinals are looking to maintain their upward trajectory after making the playoffs for the first time last season.

“We aren’t a new program, but we are still,” Nedrose head coach Tommy Weidler said. “It’s nice to have guys that have been through it now a couple years to help pull the younger guys along.”

At the forefront is returning All-State senior running back Kelly Eggen. The physical, yet elusive tailback doesn’t go down easy.

“Offensively, it’s our run game,” Weidler said about the team’s strengths heading into the new season. “Our interior (linemen) on both sides of the ball are also solid and have been playing together for a long time.”

Those guys up front include seniors Jarret Brekhus and Logan Sutter, and junior Damian Emly. Creating holes for Eggen and protecting junior quarterback Ethan Miller, the linemen have provided a solid foundation for Nedrose to keep building off of.

“We have kind of hopped back to where we were,” Weidler said. “We only lost a couple of guys and we were able to fill those positions with guys that have been in the program a few years. This is the biggest senior class we have had. So, our leadership is there and they have been through the grind of the season.”

Nedrose finished last year with a 3-6 record, which ended with a beatdown by Bowman County in the first round of the playoffs, 55-8.

The Cardinals three wins came against Stanley, Lewis & Clark/Berthold and New Town. All of those teams won’t be in the region again this season due to either dropping its varsity program (Stanley), becoming an independent (New Town) or moving down to play 9-man this fall (Berthold).

Therefore, all the games on Nedrose’s schedule this season are against teams they have never beaten before. That’s just one of the many growing pains that comes with a relatively new program.

“We are still trying to learn how to win games,” Weidler said. “We got the three wins last year and I think that helped us learn a lot. But coming out to practice every day and having it be meaningful is still something we are working on. Not taking days off or plays off is something we struggle with at times.”

For players like Eggen and Huber, who have been with the program since Day 1, the progress Nedrose has made is quite evident by looking around the field at practice.

“We have definitely gained kids,” Huber said. “We started off with barely enough kids and now we have more than enough.”

The Cardinals kickoff the new season with a 7 p.m. home opener Friday against out-of-region Rugby. They travel to Bottineau the following week before hosting Garrison on Sept. 6 in the first regional game of the season.