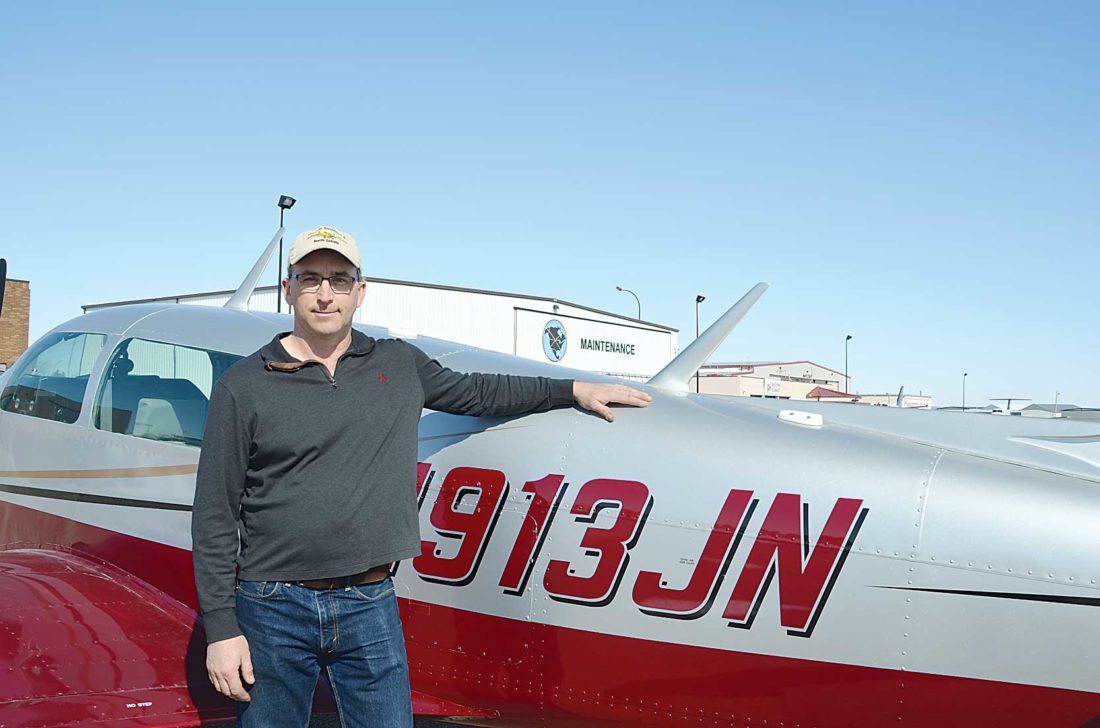 The Blessums took over as owners on Jan. 1 from Warren Pietsch and Brian Sturm. Pietsch and Sturm will continue their aircraft interests.

“This is really exciting for me to have this opportunity to take it to another level of being involved here,” said Jay Blessum.

Originally from Rugby, Jay Blessum started working for Pietsch Flying Service in 1990 as an airframe and power plant mechanic. He is now an A& P/IA (inspector of authorization). He is also a pilot.

Originally from Underwood, Suzanne Blessum has a B.S. degree from MSU with a double major in management and marketing. Since 2010 she has worked at MSU with the North Dakota Center for Persons with Disabilities.

The Minot Aero Center has three full-time mechanics, two full-time pilots and an individual who is part time mechanic and pilot, and a secretary.

Jay Blessum also flies a spray plane, something he has done for the past 10 years and plans to continue.

He said the Minot Aero Center will basically remain the same as it was under the previous owners.

They have added a Cessna 150 to the rental planes and plan to add a Mooney.

Minot Aero Center’s maintenance also does maintenance on the World War II era planes owned by the Texas Flying Legends Museum in Houston. The warbirds spend a portion of the year at the Dakota Territory Air Museum just north of the Minot International Airport.

The Blessums reside at Minot. They have a daughter, Samantha, 24, a kindergarten teacher at Lewis and Clark Elementary School in Minot, and a son, Connor, 15, a freshman at Minot High School-Central Campus.

“It’s a great opportunity for me and I look forward to working with all the customers in the aviation community,” Jay Blessum said.